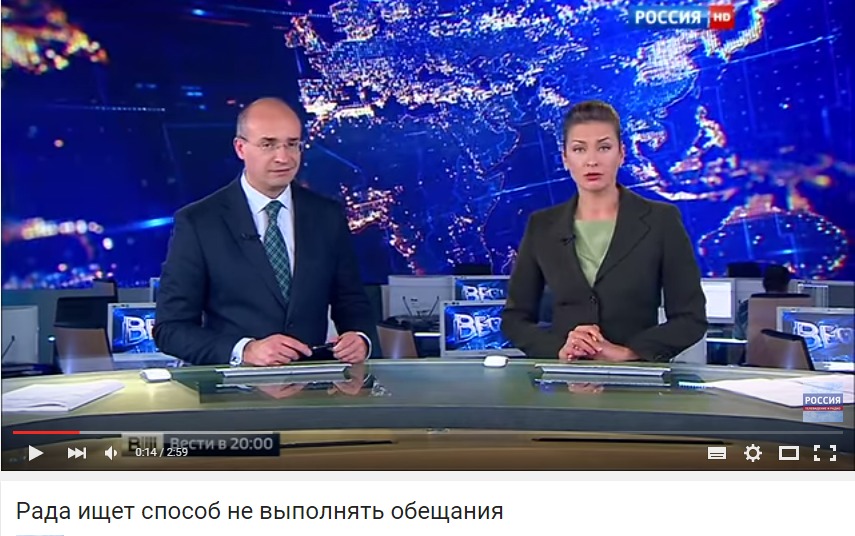 Kondrashov was responding to a preceding report by Maria Sittle. She had reported that the head of Ukraine’s Parliament had said that the fulfillment of the Minsk agreement by the Ukrainian side for elections in Donbas could only take part after the withdrawal of Russian troops. Then Kondrashov added: “The same [Russian troops] that are not present in Donbas, even according to the data of the Ukrainian General Staff.”

StopFake, however, has been unable to find any such assessment by the country’s General Staff.

And as recently as September 11, Ukraine’s President Petro Poroshenko told the Yalta European Strategy meeting: “The Russian aggressor is still standing with dozens of thousands troops and countless heavy weapons, tanks, artillery, multiple rocket-launcher systems, missiles, and other military equipment, not only at our gates, but also on our soil.”