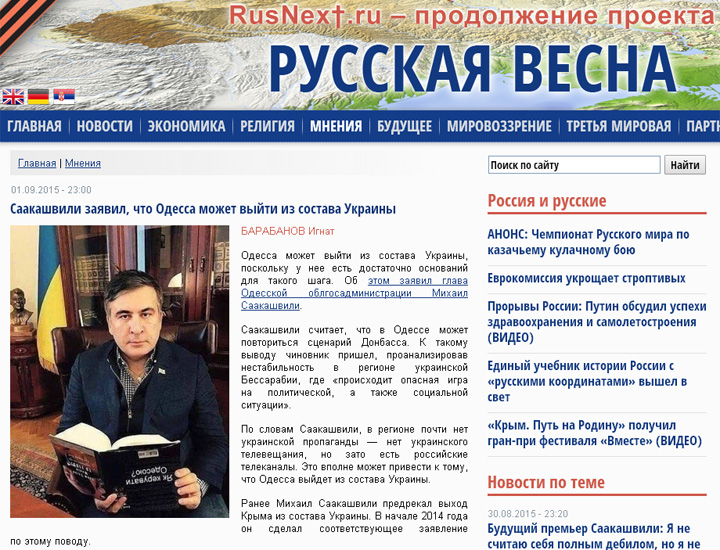 Russian television channels Zvezda and REN-TV falsely reported that Odesa Governor Mihail Saakashvili had predicted the secession of Odesa from Ukraine. He allegedly said: “Odesa may withdraw from Ukraine, as it has a reasonable basis for such a step”.

This false item was then picked up by PolitRussia, Anti-Fascist, NewsFront, and Russkaya Vesna, among others.

In fact, Saakashvili was simply commenting upon the highly problematic situation in the south of the Odesa region in the Bessarabia area.
He was pointing out that only Russian television channels are available in some of these areas. Moreover, he was discussing that areas of Ukrainian Bessarabia are largely separated from the rest of Ukraine by poor roads and shabby bridges needed to cross the adjoining river and estuary. He said that volatility is being spurred by poor infrastructure and Russian media propaganda. “How should we avoid an aggravation of the situation there?” Saakashvili asks in an interview for the NewsOne television channel (from 5:13 of the video).