Fake of Associated Press: Germany eases the immigration for Ukrainian Jews because of increased anti-Semitism in Ukraine

June 26 one of the world’s largest news agencies Associated Press informed that Germany had eased immigration rules for Ukrainian Jews amid reports of an increase in anti-Semitic incidents there since the crisis had broken out. 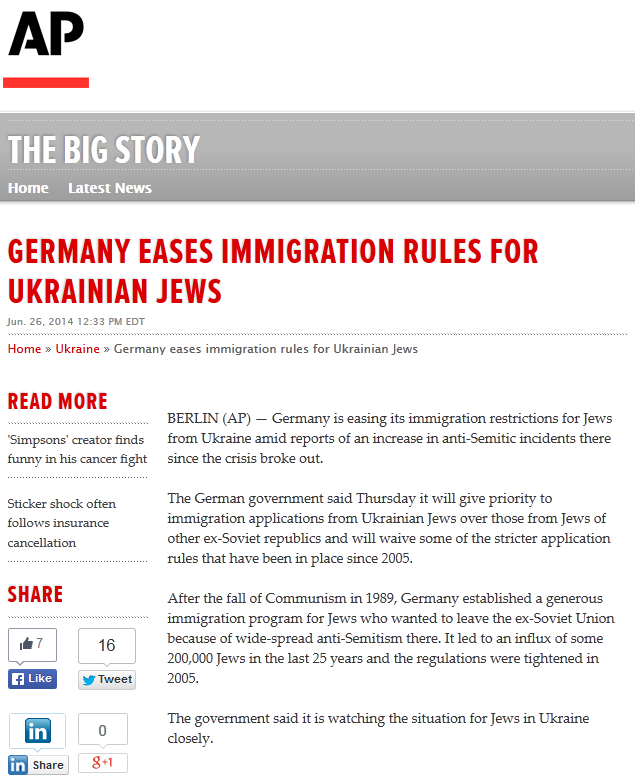 This news was massively republished by numerous international, as well as by Russian and Ukrainian, mass media. However, such statement never occurred either on the site of German government or during public speeches of its representatives.

Therefore Stopfake addressed the request to the press service of German government to confirm or to deny the information of AP.

In reply we received a letter from the representative of the Ministry of Internal Affairs Harald Neymanns. Here is the screenshot: 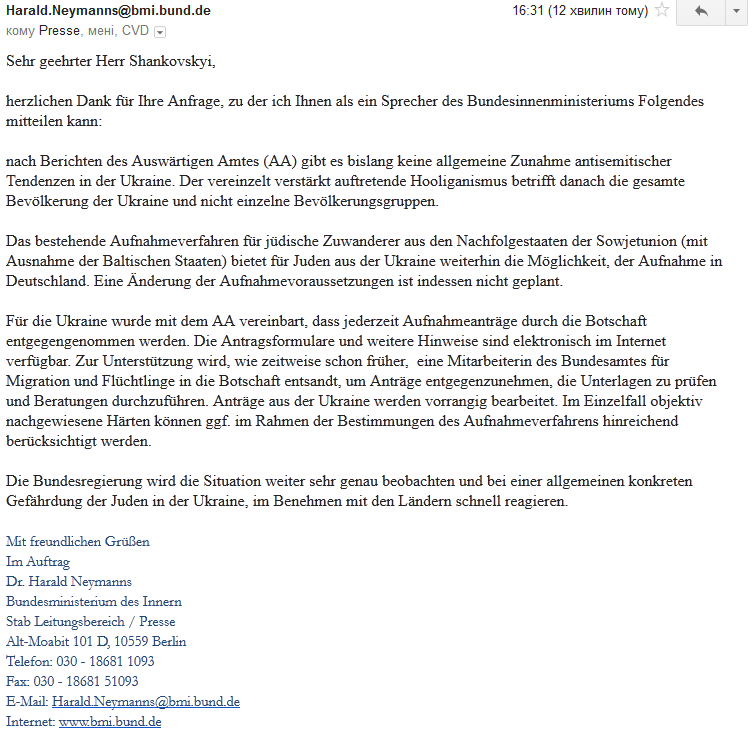 According to the report of the Ministry of International Affairs, there is no general increase in anti-Semitism in Ukraine. Occurrences of intensification of hooliganism affect all the people of Ukraine and not some separate groups.

Existing immigration process for Jews from former Soviets republics (except for Baltic states) as it is assumes the possibility for Ukrainian Jews to be admitted to Germany. The changes in immigration conditions are not planned.

In the case with Ukraine it was accorded with the Ministry of International Affairs that applications will be accepted by the embassy at any time. The form of the application and all the necessary information can be found in Internet. As accustomed an employee of the Federal Department on Migration and Refugees is sent to the embassy for application acceptance, documents checking and consultations. Applications from Ukraine will be processed on a priority basis. Depending on individual cases objectively proved difficulties can be considered within a framework of immigration process agreement.

Federal government will continue monitoring closely the situation and in case of any particular danger for Ukrainian Jews will react together with other countries.

As can be seen from the above the news of Associated Press agency is untruthful.