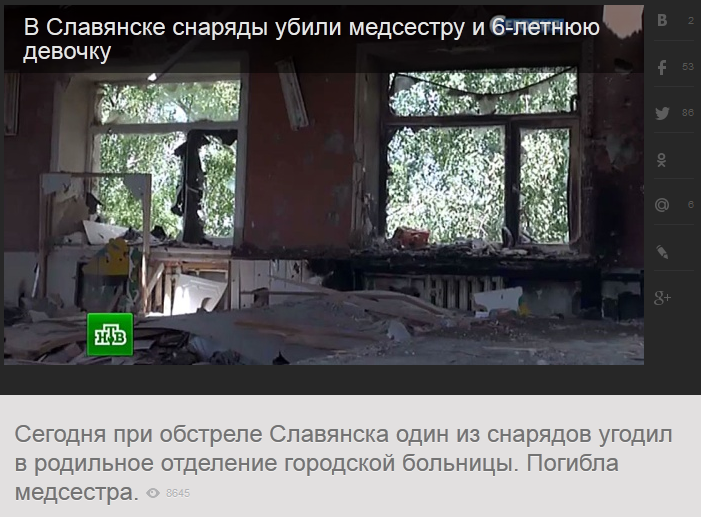 June 14 Russian TV-channel NTV posted a report about the Ukrainian military attacking the city hospital and killing the floor nurse. In addition, the channel’s journalists claim that another shell hit a private residence, killing a six year old girl. However, the picture used by NTV as an illustration has nothing to do with Slaviansk. It depicts the result of the strike on the Department of Internal Affairs building in Gorlovka.