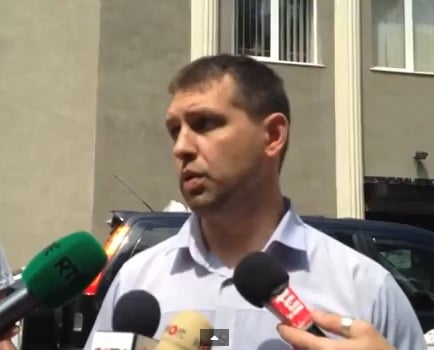 On May 28, 2014, the Vice News portal published an article about the Donetsk confrontation between the militant separatists and the Ukrainian armed forces. A part of the article states: “At the morgue the bodies continue to pile up. According to the police officer, stationed outside the cordoned-off hospital building, there were at least 35 bodies stretched out inside, including 10 civilians caught in the crossfire. Many were nearly unidentifiable due to their heavy wounds, he said.” This information does not match with reality. According to detective Sergey Kokuli, of the Kalininskiy Police Division in Donetsk, this morgue contained 33 bodies; all of them were dressed in military uniforms; all were killed by gunshot wounds; all were claimed by the “People’s Republic of Donetsk” leadership, as their militia fighters.

“There is not one civilian among the dead,” said the detective. According to him, the civilian bodies in the morgue are ones who died from natural causes. The detective stated that on top of everything it is very difficult to identify the bodies due to an absence of any documents. This is contrary to the “heavy wounds” comment, coming from Vice News.

The full interview can be viewed here: