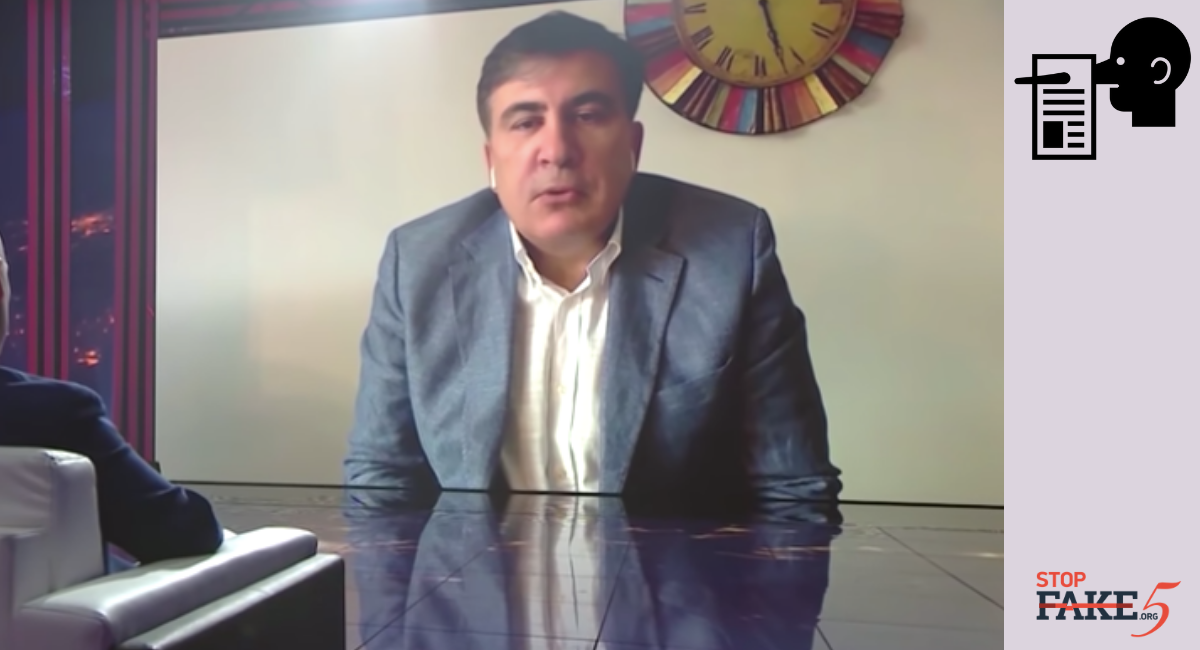 Scores of Russian media circulated stories last week claiming that in 2014 Ukrainian President Petro Poroshenko allegedly wanted to exchange Crimea for membership in the European Union and NATO. The source of this claim is former Georgian president Mikheil Saakashvili, who from May 2015 until November 2016 was the governor of Ukraine’s Odesa province. Saakashvili told Ukrainian journalist Dimitri Gordon that Poroshenko told him Ukraine should get used to the idea of no longer having Crimea the way Georgia had to get used to losing South Ossetia and Abkhazia. Saakashvili claims Poroshenko said “We won’t have Crimea anymore but we will exchange it for membership in the EU and NATO.”

It’s impossible to check the accuracy of Saakashvili’s claim. However, the official position of Ukraine’s president, the EU and NATO are quite the opposite of his claim, they have repeatedly stated publicly that Kyiv must regain control over the occupied Crimean peninsula and there has never been any talk of a possible exchange.

“The biggest nightmare for Russia is that after the elections, the Kremlin will be confronted by our legitimate demands that Russia stop killing Ukrainians, withdraw its military from Donbas, return control of our border, return Crimea to Ukraine and release all hostages illegally held in Russian prisons. The day will come when the price for Russia’s aggression will be too high” Poroshenko said during his speech at the 2019 Davos World Economic Forum.

The European Union adheres to the same position. Addressing the Ukrainian parliament on February 19, the President of the European Council Donald Tusk again assured Ukraine that Europe would never recognize the Russian annexation of Crimea and would continue with sanctions.

“The European Union recognizes Ukraine’s European aspirations and welcomes its European choice. I want to repeat that Europe will never recognize the Russian annexation of Crimea and will not stop sanctions until Russia fulfills its obligations,” Tusk said.

NATO Secretary General Jens Stoltenberg has also spoken publicly about the illegality of annexing Crimea and its return to Ukrainian control.

“Russia illegally annexed Crimea and now is trying to use it to expand its influence and control over the Azov Sea. We support the territorial integrity of Ukraine and will never recognize the illegal annexation of Crimea” Stoltenberg said in 2018.

In the five years since the Russian annexation of Crimea and the invasion of the Donbas region, Ukraine has not become a member of the EU nor of NATO.