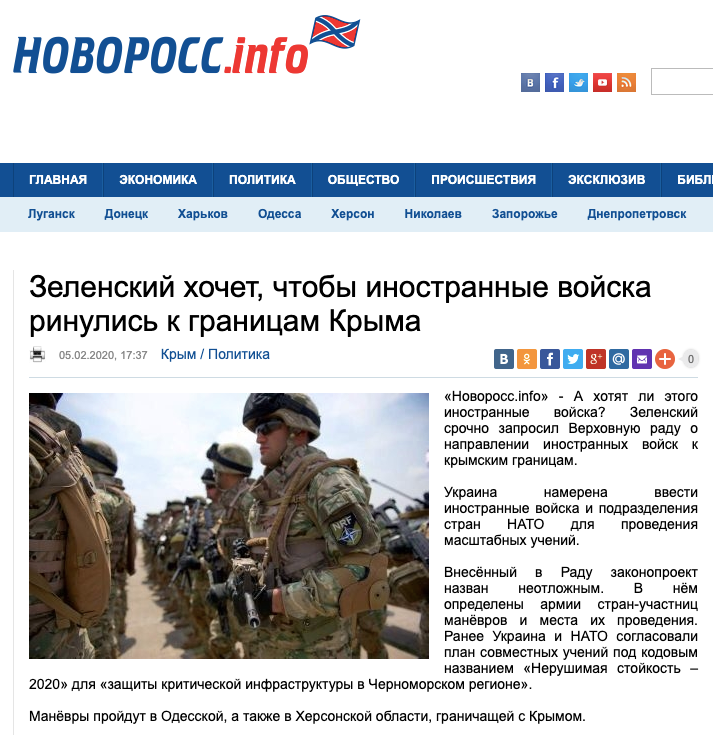 Some Russian media even claimed that Zelensky wants foreign troops at the border with Crimea and has asked the Ukrainian parliament to permit such a deployment.

At the heart of these fake claims are annual military exercises that take place in Ukraine with the participation of troops from partner countries. President Zelensky introduced a draft law to parliament to authorize such foreign military participation, marking the legislation as a priority.

Ukrainian law requires that legislative permission admitting armed forces from other countries onto Ukrainian territory for exercises be renewed annually.

The oldest international military drills held in Ukraine are the multinational Sea Breeze exercises, which have been held annually since 1997. The drill is a multinational maritime exercise with land, sea and air components intended to “build combined capability and capacity to ensure maritime regional security and foster stronger friendships among partnering nations”.