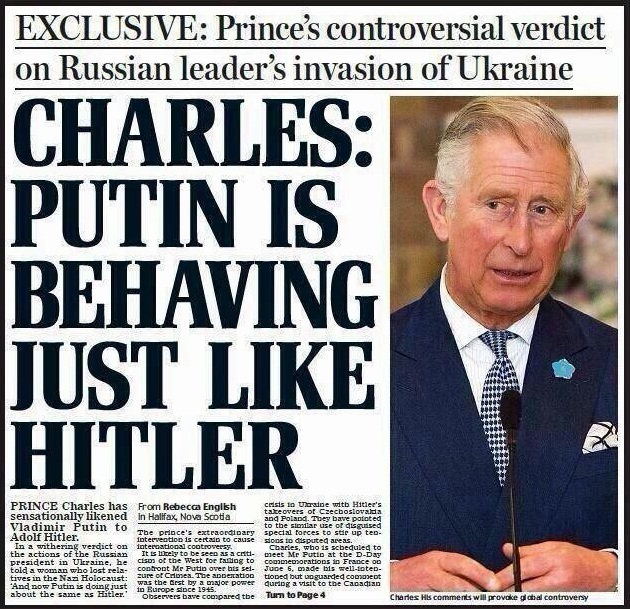 During his visit to Canada a few days ago, Prince Charles compared the actions of the Russian President Vladimir Putin with the deeds of the German Chancellor Adolf Hitler, which had preceded the start of the Second World War. He also condemned the Russian annexation of Crimea, noting that Hitler had also seized territories of other countries. These remarks resulted in a serious diplomatic scandal. Russian Ministry of Foreign Affairs demanded official explanations, and many experts thought Charles would have to apologise for his words.. These expectations were caught on and on May 22 The New Yorker web site published “An Apology from Prince Charles”. The “apology” was spread by Russian mass media, which despite its obvious satire and even more explicit comparison of Putin with Hitler, reported, that the Prince is sincerely sorry for his words. However, the apology has nothing to do with the Prince of Wales. It was written by a well known British comedian Andy Borowitz and published in his satire column The Borowitz Report.