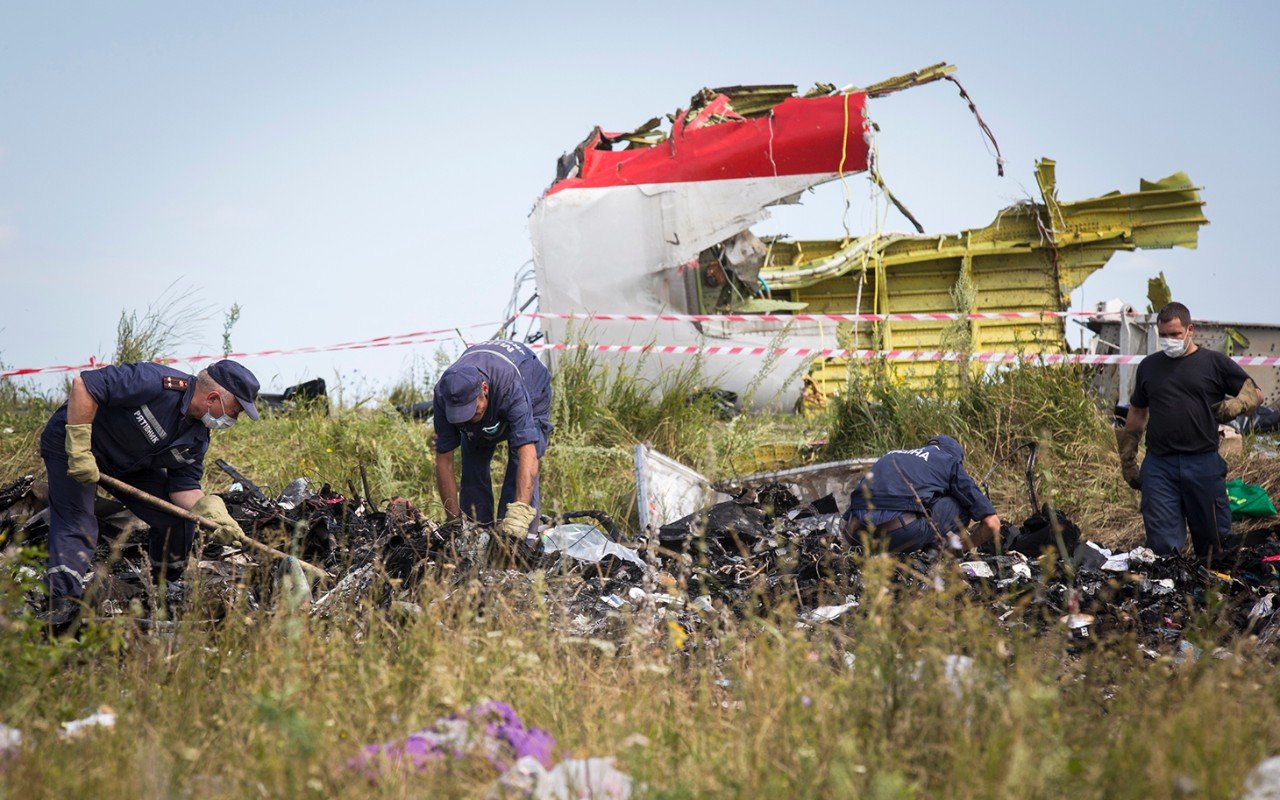 The prosecutor’s office of the Netherlands, however, has made no such statement.

The sites above make reference to the uainfo.org portal, which reports that “recently the prosecutor’s office investigation team of the Netherlands completed the first part of their work with fragments of MH17. In this regard, an excursion was organized for press and for relatives of the dead to the hangars that contained fragments.” This information is correct: on March 3, such an excursion took place.

Uainfo.org also makes reference to an article by the large Dutch media agency, NOS (Netherlandse Omroep Stitchting). However, it advises: “And as the article is in Dutch, I warn that Google Translate’s translations into Russian are lousy from any language, but from Dutch – especially:) … All facts, proofs and certificates collected by a court of enquiry point in the same direction: MH17 was brought down by the SA-11 Gadfly rocket, launched from a Russian installation, and, most likely, with a Russian crew. It was brought from Russia to Ukraine shortly before the tragedy. Numerous photos and videos are revealed and witnesses are also found and interrogated.” Thus the false report was based on a translation by Google.

The Prosecutor General’s Office of the Netherlands, however, made no official statement that Malaysia Airline flight MH17 was shot down by a SA-11 Gadfly rocket. Instead, a spokesman for the Dutch prosecutor’s office, Wim de Bruin, said the following to an Apostrophe correspondent: “It is too early to say if the cause of the crash was precisely a rocket SA-11 Gadfly. This version is being considered by experts, and the option of the crash of the Boeing 777 as a result of a rocket of the class “air-to-air” also isn’t excluded. No final conclusions are drawn yet.”

De Bruin told the Guardian that the criminal investigation was of an unprecedented scale and would take at least the rest of this year to complete. According to Tjibbe Joustra, the final report will be published in October.

Meanwhile some Russian media claimed: “Malaysian ‘Boeing’ near Donetsk was brought down by Ukrainians.”

Mosmonitor.ru reports: “Dutch experts by means of models from collected fragments of the fallen plane discovered that the Boeing 777 couldn’t be brought down with the rocket SA-11 Gadfly by militias of DNR.”

But the site makes no direct reference to any specific Dutch expert or report – apparently as no such conclusions have been made officially by Dutch authorities. Instead, it refers to another site, politonline.ru, which published “an investigation” by a blogger who came to his own conclusions by looking at photos of the airplane fragments.