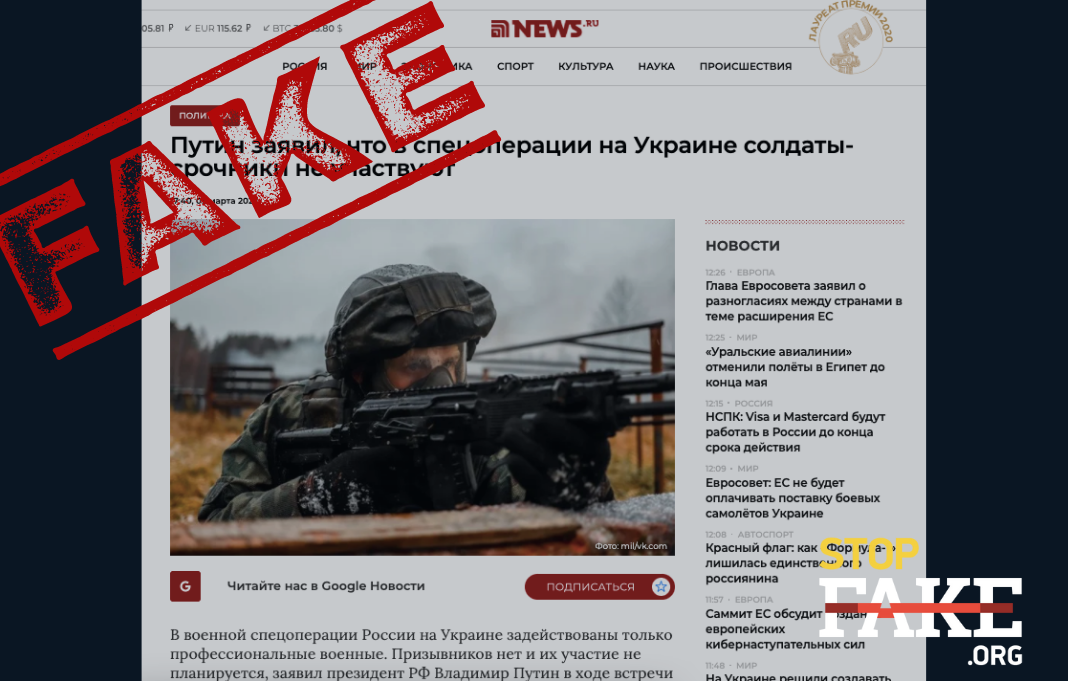 A number of Russian servicemen as well as Russian President Vladimir Putin himself have said that neither conscripts nor military school cadets are participating in the war against Ukraine.

Whatever Russia’s leadership might be claiming, there is growing evidence that Russia is using conscripts in its war against Ukraine. Before the full scale invasion of Ukraine, the Agentsvo publication, citing the Committee of Soldiers Mothers informed that the Committee had received scores of telephone calls from parents, complaining that their conscript sons were issued weapons and bulletproof vests and urgently sent off to the Ukrainian border.

Ludmilla Narusova, a member of Russia’s Federation Council, also confirmed that draftees were sent to fight in Ukraine. On Friday, March 4, during a Council session she announced the significant losses they were incurring in Ukraine.

“Yesterday conscripts were removed from the combat zone. They were forced to sign contracts, or someone signed for them. But only as a result, out of a company of a hundred, only four survived” Narusova said. This information, she admitted, came from “military authorities”.

Ukraine’s Armed Forces General Staff also confirms that Russian conscripts are involved in the war with Ukraine. The “Search for your own” Telegraph social media channel has information about the dead and captured Russian soldiers, and conscripts captured by the Ukrainian army.