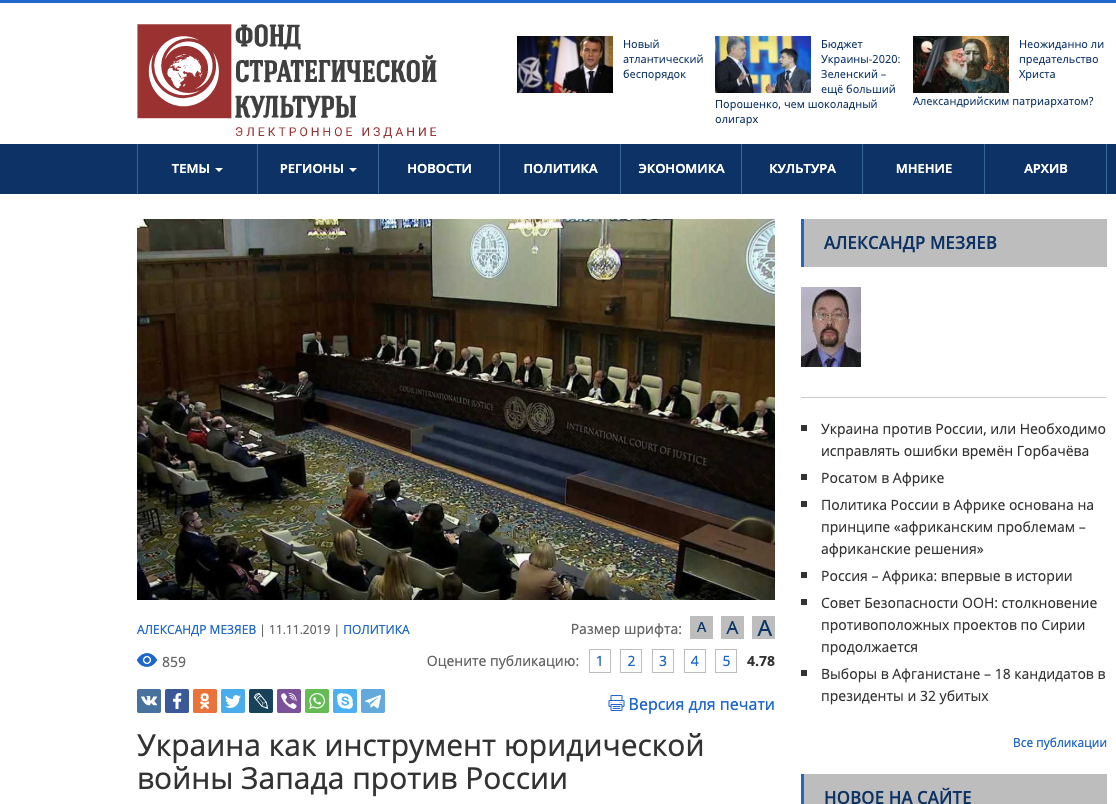 Earlier this month the United Nations International Court of Justice ruled that it has the jurisdiction to consider Ukraine’s lawsuit against Russia, in which Ukraine accuses Russia of violating UN conventions. This decision caused a storm of indignation among Russian officials and pro-Kremlin media, who declared that Ukraine is a tool in the western countries’ struggle against Russia, that Kyiv’s lawsuit is baseless , Ukraine is trying in vain to label Russia as terrorist state, and international support for Ukraine is only nominal. The publications accuse Ukraine of confusing terrorism with Russia’s good intentions,  which it regularly sends in the form of humanitarian aid to the residents of occupied Donbas (video 10:20-10:32). 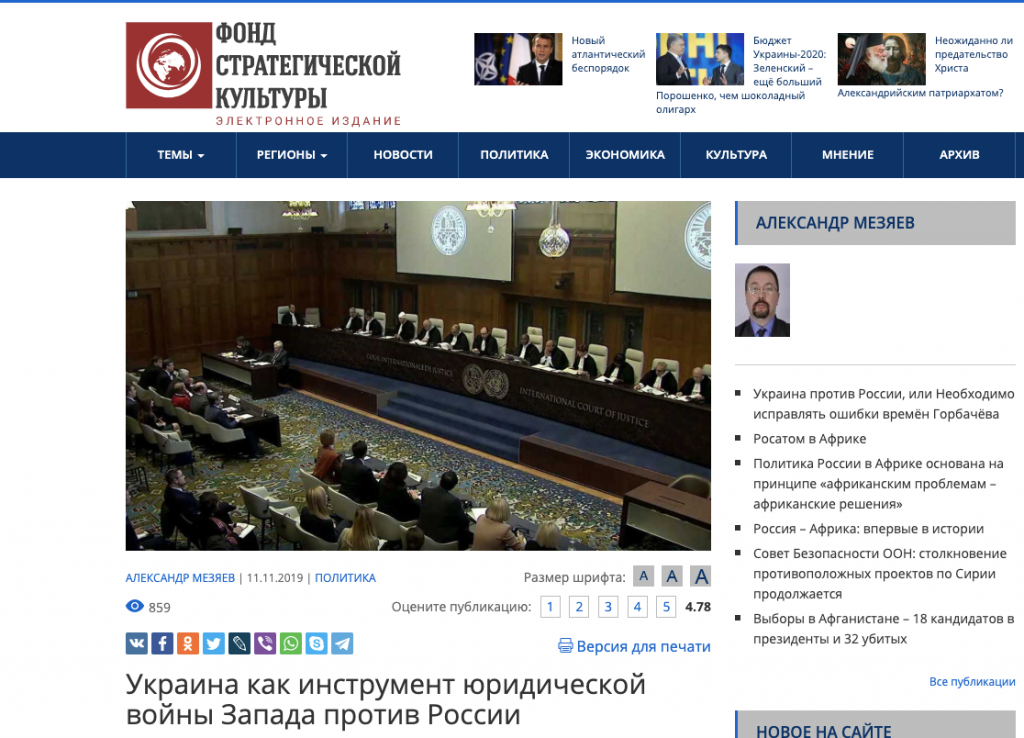 This latest display or Russian anti-Ukrainian apoplexy was brought on by a lawsuit Ukraine filed with the International Court of Justice accusing Russia of financing terrorism and violating the International Convention for the Suppression of the Financing of Terrorism, thereby calling Russia to account for the annexation of Crimea and the war in Donbas. President Petro Poroshenko ordered the lawsuit to be filed in early 2017. The lawsuit is more than 17,000 pages long and weighs nearly 90 kilograms.

In the lawsuit Ukraine appeals to two main international conventions, the International Convention for the Suppression of the Financing of Terrorism and the International Convention on the Elimination of All Forms of Racial Discrimination. On November the UN court confirmed that it could consider the lawsuit and overwhelmingly rejected all of Russia’s objections. According to Olena Zerkal, Deputy Foreign Minister for European Integration, a final hearing in the Ukraine v. Russia case can be expected no earlier than the end of 2022 because of procedural conditions (video 30:-31:36).

Zerkal also pointed out that Russia will continue to propagate its propagandist narrative of the conflict in Donbas as a civil war and provide false information about terrorist acts and arms deliveries to the region. Russia will most likely resort to all sorts of legal gymnastics, saying they delivered the missiles but did not realize  they might be used against a civilian plane (video 1:15-20:03), Zerkal said.

As for Russia’s “humanitarian” deliveries to Donbas, Ukraine, international observers and European leaders have repeatedly condemned this so-called “aid”. The illegal deliveries of Russian weapons have been recorded countless times and Russia has been suspected of using these alleged humanitarian convoys to transport weapons, ammunition and other supplies to the separatist militants from the inception of the conflict.

In the lawsuit Ukraine accuses Russia of providing weapons and financing the Donbas militants, shooting down Malaysian Airlines flight MH17,  shelling residential areas of Mariupol and Kramatorsk, destroying a civilian bus near the town of Volnovakha and outlawing the Mejlis of the Crimean Tatar people. Earlier, the International Court of Justice allowed part of Ukraine’s suit to go through in accordance with the UN Convention on the Elimination of All Forms of racial Discrimination. In April 2017 the Court, which is the principal judicial organ of the United Nations ordered that Russia cease persecuting Crimean Tatars, allow for the activities of their representative body the  Mejlis and guarantee access to education in the Ukrainian language in annexed Crimea. Russia completely ignored the ruling.