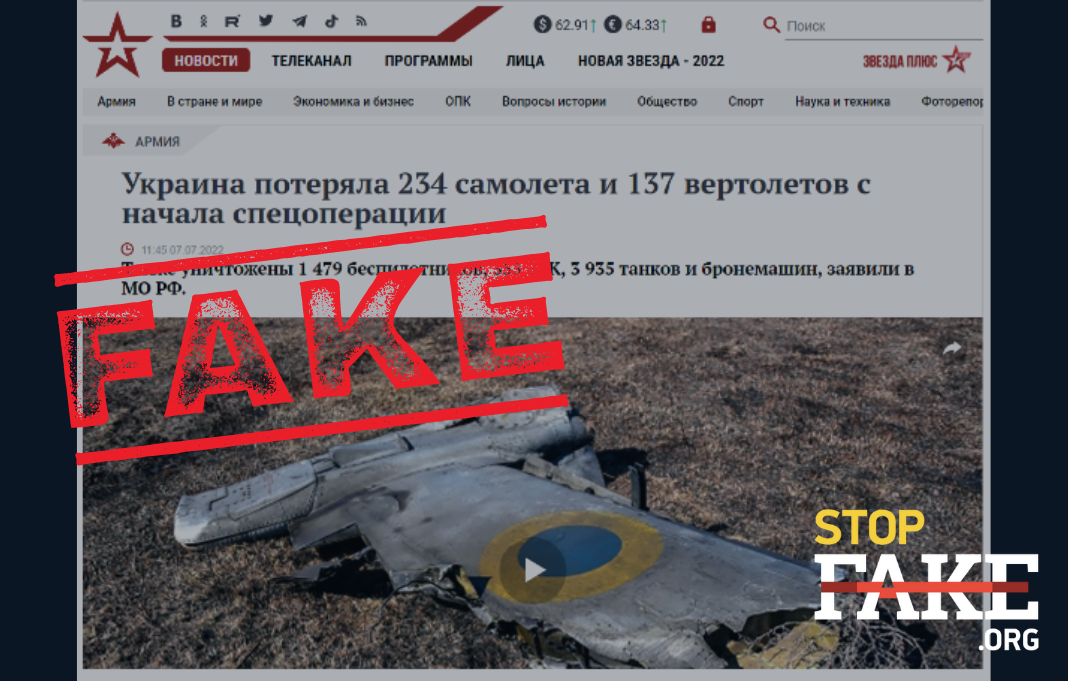 Russia’s Defense Ministry claims to have shot down more planes and helicopters than Ukraine ever had. According to official data, all branches of Ukraine’s Armed forces combined were armed with a much smaller number of aircraft than what the Russians claim to have shot down.

Among the media who disseminated this fake are RIA Novosti, TASS, Zvezda, Lenta.ru, OSN, Ukraina.ru, and others.

The Russian army could not possibly destroy 234 aircraft and 137 Ukrainian helicopters because the Ukrainian Armed Forces simply never had that many aircraft in service. The figures announced by the Russian Defense Ministry exceed the actual number of aircraft and helicopters – in this case, by 42 and 15 units, respectively.

StopFake learned that at the beginning of 2022, a total of 192 aircraft and 122 helicopters of all types and models were in the service of all the branches of Ukraine’s Armed Services.  Of these, 98 were combat aircraft and 112 helicopters. This data is provided by the information site FlightGlobal.

The World Air Forces 2022 report from FlightGlobal also indicates the number of aircraft belonging to each branch of the Ukrainian military.

On March 23, 2022, a month after the start of Russia’s full-scale invasion of Ukraine, the Russian Defense Ministry already reported the destruction of 183 Ukrainian aircraft and helicopters.