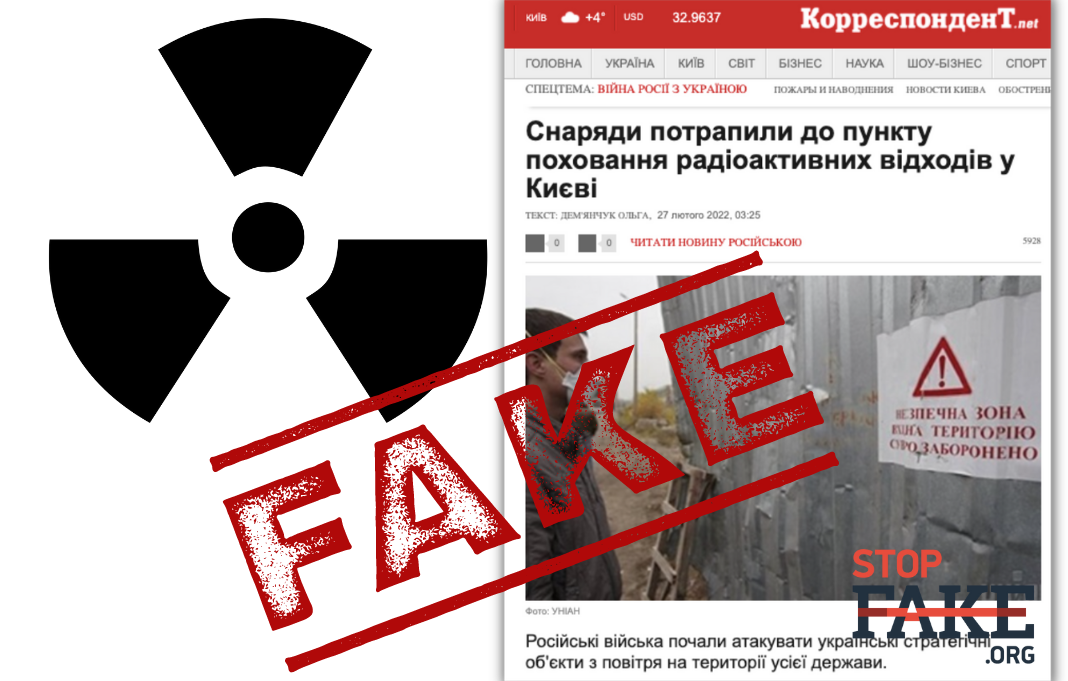 A story about Russian missiles hitting a nuclear waste facility in Kyiv began circulating online after the State Nuclear Regulatory Commission issued a report to that effect. Soon thereafter the Commission amended its announcement to say that the storage facility was not damaged, and radiation levels are within the normal range. The Ukrainian Emergency Situations Service visited the site and issued a statement saying an unknown object had fallen close to the facility but did not hit or damage the storage facility itself.

On February 27 several Russian and Ukrainian sites disseminated stories claiming that Russian missiles hit a nuclear storage facility in Kyiv. The source of the information was the Ukrainian Nuclear Regulatory Commission which advised on its Facebook page that as a result of the massive shelling of Kyiv, the Obyednannia Radon storage facility appears to have been hit.

The Nuclear Regulatory Commission received the information by telephone from facility staff who called from a bomb shelter. Soon after receiving the call Ukraine’s Emergency Situations personnel drove to the facility to check radiation levels and examine possible damage. They informed that debris from nearby explosions had fallen very close to the facility but had not damaged or impacted on any of the buildings of the facility itself. There are no radiation leaks and radiation levels on the site are completely normal, said Olena Poliakova, deputy Director of the facility.

Earlier StopFake debunked Russian fakes claiming that a building in Kyiv had been hit by a Ukrainian missile.