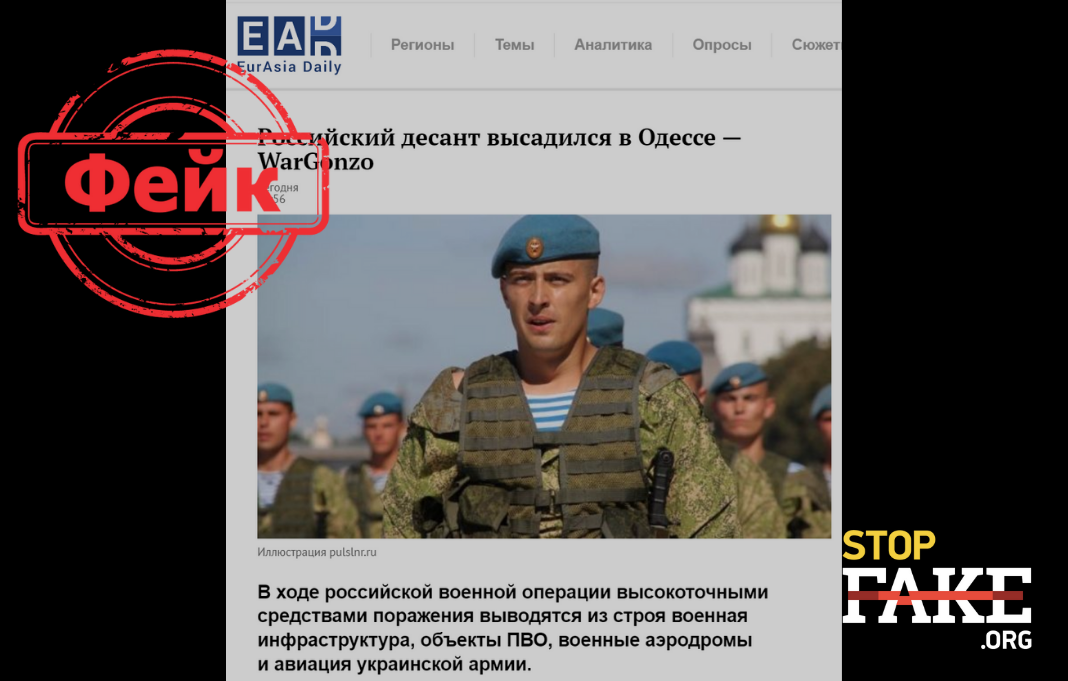 The Ukrainian Military’s General Staff contradicts Russian reports that Russian troops have landed in Odesa, Mariupol and Kharkiv. Local residents also do not confirm this information.

Reports that Russian Federation troops have landed in the port cities of Odesa and Mariupol are circulating among pro-Kremlin media and on social networks.

The Ukrainian Military General Staff, however, rejects this information as false.

“Ukraine’s air defenses are repelling an air attack by the invader. The country’s defense forces are in full combat readiness, occupying and holding defensive positions. The information about Russian troops landing in Odesa is not true” according to a statement published on the General Staff of the Ukrainian Armed Forces official Facebook page.

Pavlo Kyrylenko, the chairman of the Donetsk Regional Council also wrote that no Russian troops had landed in Mariupol.

A video is also being circulated online claiming to show the landing of Russian troops in Kharkiv, however this information has yet to be confirmed. According to Conflict Intelligence team investigators who have examined the video, it shows air defense and not a troop landing.

Mariupol, Odesa and Kharkiv residents all have not confirmed this information according to the Radio Liberty Nastoyashcheye Vremya program.