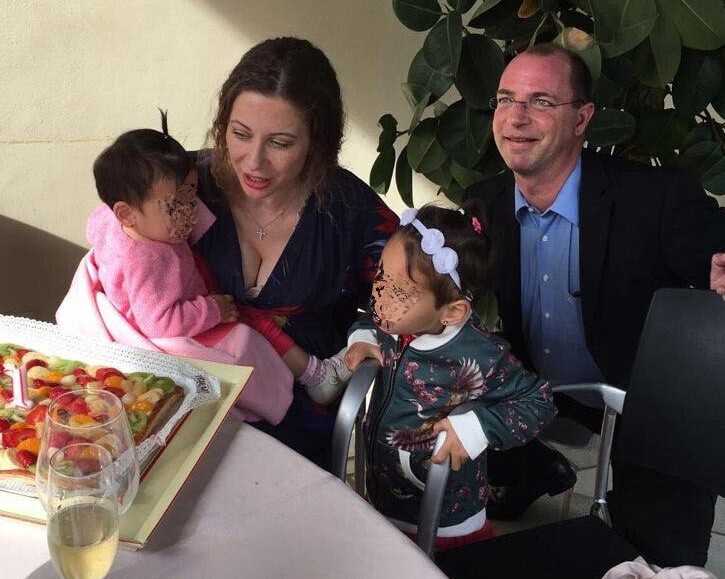 The Vremya television program (Time) on Russian state-controlled Channel One reports a “scandalous” case of alleged Russophobia in Europe:

‘A new high-profile international scandal. In Spain, the children were taken to a shelter from a Russian-speaking mother. And not due to a dispute between parents, as has already happened many times with our citizens in the countries of the EU or America. Among the reasons that guardianship authorities provided to the woman, the children were not hers. The woman was actually accused of kidnapping. There are no facts or documented proof. But if we take into account the level of russophobic propaganda in the Western media, then this version is not very surprising.’

The girls’ mother, a Russian woman named Elena Lang, who is married to a Swiss banker and lives in Barcelona, ​​says:

“They were in a private school, where my husband and I pay €30,000 for these children to study, and at 2 o’clock I get a phone call from the Generalitat de Catalunya, telling me that I no longer have the right to pick up my children from school. I was deprived of parental rights remotely and preventively, and I have no right to know anything more about the whereabouts of my children.’”

“According to Elena, social services did not contact the family at all. Later, the Catalonian Department of Social Rights only sent Elena a resolution, where the first paragraph questioned whether these are her children at all. The department has no documents confirming the children’s relationship with either the mother or the father.”

“And the next version from the school and from the social services is that these are not our children, they are the children of Ukrainians killed during the war.’”

She even reads this claim in Catalan language, although the document itself never appears in the frame. On the sheet that Lang is holding, there is not a single word about Ukraine. Correspondent Solovyova continues again:

“In the decision received by Elena, several more reasons are indicated, in particular, the fact that the older 9-year-old girl has an account on a social network with adults among her friends. The social service is worried about them possibly contacting a minor. And the girls allegedly talk about ‘unacceptable topics of a sexual nature.’ Such information was obtained from the school. Elena also says that the children were harassed after Russia’s special operation to protect Donbas began.’”

Another statement by Elena Lang:

The story is really quite controversial, it has attracted the attention of even a reputed newspaper the Swiss Neue Zürcher Zeitung (the girls’ father is Swiss and they have Swiss citizenship). Details of the high-profile case can also be found in the Spanish online publication by Público. The article is written in an unbiased tone with no apparent sympathy for either side of the conflict.

It turns out that teachers and social services noticed that 6- and 9-year-old schoolgirls often skipped classes or were late, sometimes by 2 hours, wore inappropriate clothes and had conversations strange for children their age — they asked their neighbors whether they were having sex and how exactly. Some of the girls’ drawings depict genitals. Several times they were picked up from school by men who are not related to them (the mother claims that they are family friends, a policeman and a lawyer).

The children’s birth documents have some inconsistencies, and from conversations with them it became clear that the girls practically do not know their father. According to Elena, her husband lives and works in Zurich and visits them on weekends. They settled in Barcelona because the doctor of their older daughter, who suffers from celiac disease — a genetic autoimmune disease associated with gluten intolerance — lives there. This explanation is rather strange, since celiac disease is well known to modern medicine and while considered incurable, it is not life threatening, people who have it must strictly follow a gluten-free diet to avoid experiencing any symptoms. No particular reason for moving from Zurich to Barcelona can be traced to this disease; the website of gastroenterologist Ramon Tormo, whom Elena Lang refers to as her daughter’s doctor, does not mention any unique method of treating celiac disease.

The story is certainly complicated, and the information currently accessible to the public is clearly not enough to draw any conclusions. But the topic of Western russophobia was clearly added to it by the correspondent of Channel One. The publications in Spanish and Swiss media do not mention that the problem is related to the war in Ukraine. They only cite Elena’s words: “At school, the war in Ukraine is talked about a lot. They say that we, Russians, are all bad. And the girls would come home sad because of it” — without claims that it could have caused the children to be taken away. And the story that the girls are allegedly considered children of Ukrainians killed in the war is found only in Valentina Solovyova’s story.