Komsomolskaya Pravda, the site RenTV, Baltnews and other marginal publications carried this information, claiming that the primary source for the story is a tweet by Savchenko herself.

Presently the tweet concerning Russians has been removed from the fake Twitter account, it is however still available in web archive. The account continues to be active with many questions posted as to its authenticity. 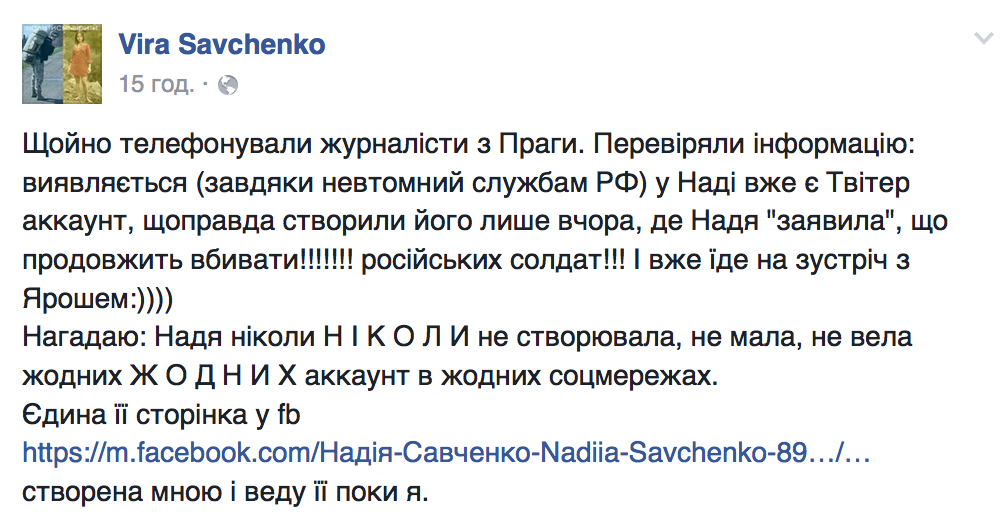