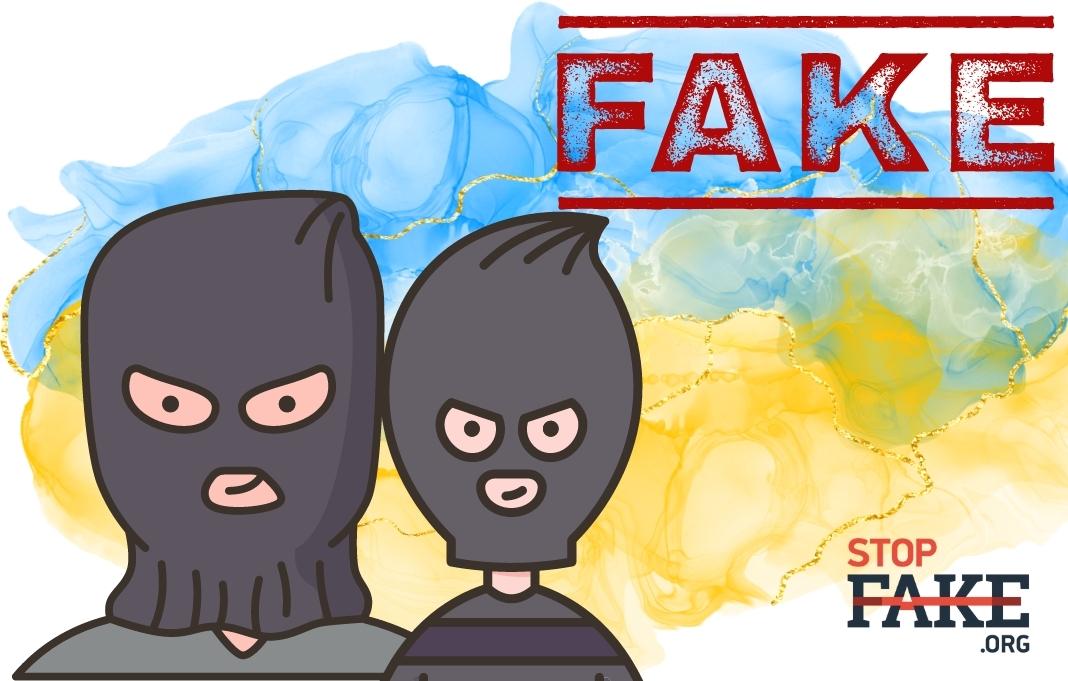 The Kremlin propaganda machine continues churning out fake stories designed to depict Ukraine as a country that is becoming increasingly chaotic. Against the background of Russia’s war against Ukraine and Ukraine’s move to distribute assault rifles to anyone who wanted to fight, Russian media began disseminating stories claiming that the distribution of weapons has led to massive robberies and civilian shootings.

“There are daily reports in the media about Territorial Defense members shooting civilians who are trying to flee to safe places” RT writes.

These latest fakes attempt to portray Territorial Defense volunteers as armed gangs, who are not defenders of their country, but enemies of Ukraine’s civilian population.

Ukraine’s Territorial Defense was established on January 1, 2022, based on the “Fundamentals of National Resistance” law enacted by the Ukrainian parliament. Territorial Defense units are an urgent response and a necessary step to defend Ukraine’s territory and protect the civilian population in the face of Russia’s devastating invasion.

Many of the fakes about Ukraine’s Territorial Defense stem from anonymous Telegram channels. Russian media say their information about alleged Territorial Defense abuses comes “from their own sources” who remain unnamed. One such story describes how a family from the Kharkiv region tried to evacuate with an ill child and were shot at from a check point. “Everyone is waiting for Russian troops to take Kharkiv and clear the city of them” an anonymous person says. Telegram channels are spreading stories about alleged executions of families trying to leave for Russia. Other Telegram fakes claim that Ukrainian battalions are hiding behind civilians and forcing people into the streets.

It is telling that such claims are never accompanied by any video proof, or eyewitness accounts and they are never featured anywhere else except on channels that disseminate Russian disinformation.

Instead, there is ample evidence of criminal activity against the Ukrainian civilian population by the Russian invaders. Passenger buses, cars, residential neighborhoods, all have been shelled by Russian troops. The International Criminal Court has launched an investigation into war crimes and crimes against humanity committed by Russia in its invasion of Ukraine, after 39 nations called for such an inquiry to be opened. ICC Chief Prosecutor Karim Khan said he will look at past and present allegations of war crimes, crimes against humanity and genocide, and will go back as far as 2013.