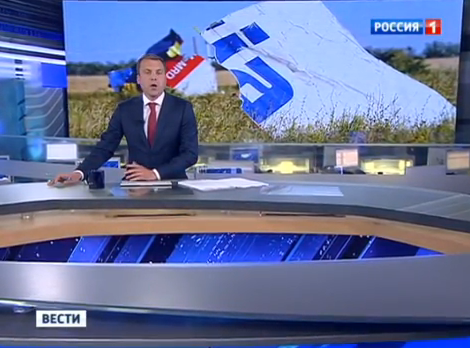 Russian website vesti.ru published a news piece about the Netherlands claiming Ukraine lied when stating Malaysian Boeing-777 had been hit by a missile.

The same information was repeated by «Russia-1» TV-channel, which owns vesti.ru.

In fact, the Netherlands representatives did not touch upon the subject of the missile attack or accuse Kyiv of lie. The only known criticism which came from the Netherlands representative can be found in Twitter of American TV-channel NBC journalist, who quoted the following words of Dutch Safety Board spox Sara Vernooij on Ukraine’s speaking about the missile version: «Not in the best interest of the investigation».

Dutch Safety Board spox Sara Vernooij on Ukraine releasing details of #MH17 black box: "Not in the best interest of the investigation"

With another Twitt, Smith noted that the Dutch did not know where had Ukrainians gotten the «black boxes» information from.

Dutch say they don't know where Ukraine got its info from on #MH17 black boxes; haven't shared findings and boxes not analysed before AAIB.

June 28 National Security and Defense Council of Ukraine with reference to the data from the «black boxes» published the information that the aircraft had been shot down by a missile.

Earlier, on June 27 the same information was spread by American TV-channel CBS.

The «black boxes» are being deciphered in the UK at the moment.