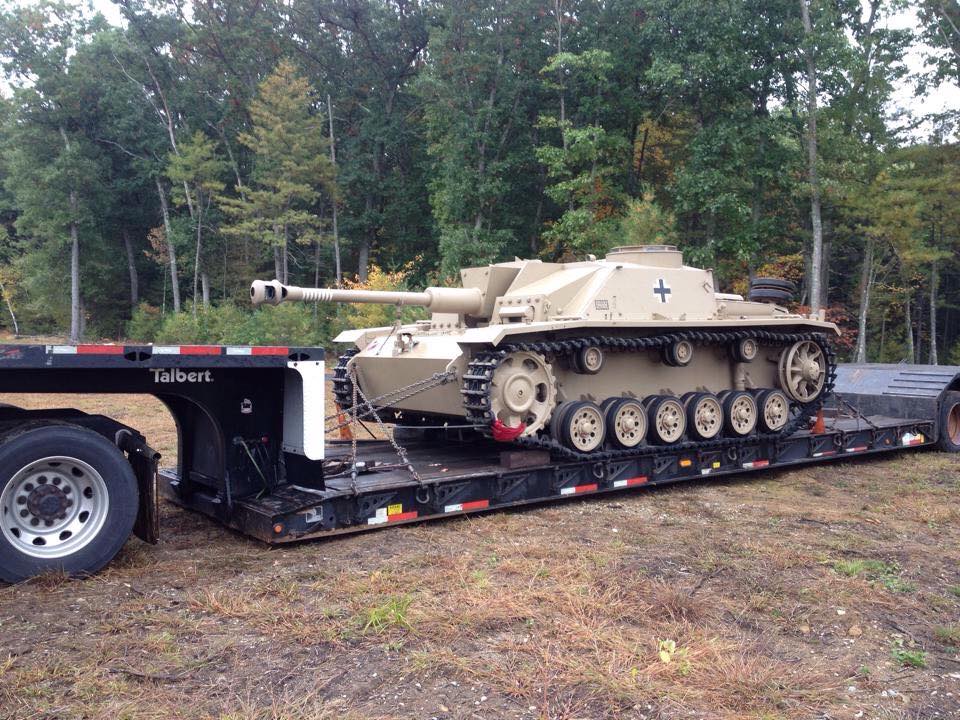 October 1 information about a tank StuG III Ausf. G., which had been given to Ukrainian militaries by residents of German city of Sarstedt, appeared in Facebook. Judging by description, the tank belonged to Otto Sauer, the son of the German tankman-ace of the World War II Heinrich Kling. According to Mr. Sauer, he decided to make such a specific beneficent aid because he wanted to help Ukraine that “had always been a reliable outpost guarding Europe against Asian Moscovites”

The proofs that this information is false are the following: firstly, StuG III Ausf. G. is an outdated model that had been actively used during the World War II and nowadays it is a museum piece. For example, here is this tank from quite known Littlefield collection in USA:

The Finnish tank with later modifications from ParolaTankMuseum was in service with Finnish Army till 1980-s. It is Finland that has these battle machines that are not used according to its intended purpose but stand peacefully in museums.
As we can see from the photo, tanks are written off long ago, though they are in perfect condition. You can check the date of the tank last production on the every historic site. Even modified this tank cannot be used in battle, as shells for it also have not been produced for half a century.
It should be mentioned that on October 2, that is on the next day after this information was published, an editing appeared in the article about StuG III Ausf. G. in Russian Wikipedia. This editing concerns Ukraine and states that one tank StuG III Ausf. G. is on service with the National Guard of Ukraine since 2014.

This news can be only a provocation, as it touches the collaboration with Nazis and “fighting with the mutual enemy”, that is with Russia. The vocabulary of Nazi German (Vaterland, Wehrmacht, Waffen SS and so on) is also used in this statement with this purpose.
The information is also doubtful because of the absence of confirmation of the identity of
Heinrich Kling’s “son” and the authenticity of his words. As there is no confirmation either from Mr. Sauer or from the National Guard, we can consider this news as a fake.
We managed to communicate with the author of this statement in Facebook. Answering the question how the machine crossed the border, he said that it was dissembled. He did not answer other clarifying questions and quitted the conversation.
We directed official inquiries to the Security Service of Ukraine, Ministry of the Internal Affairs and State Border Guard Service of Ukraine in order they confirm or refute this information.