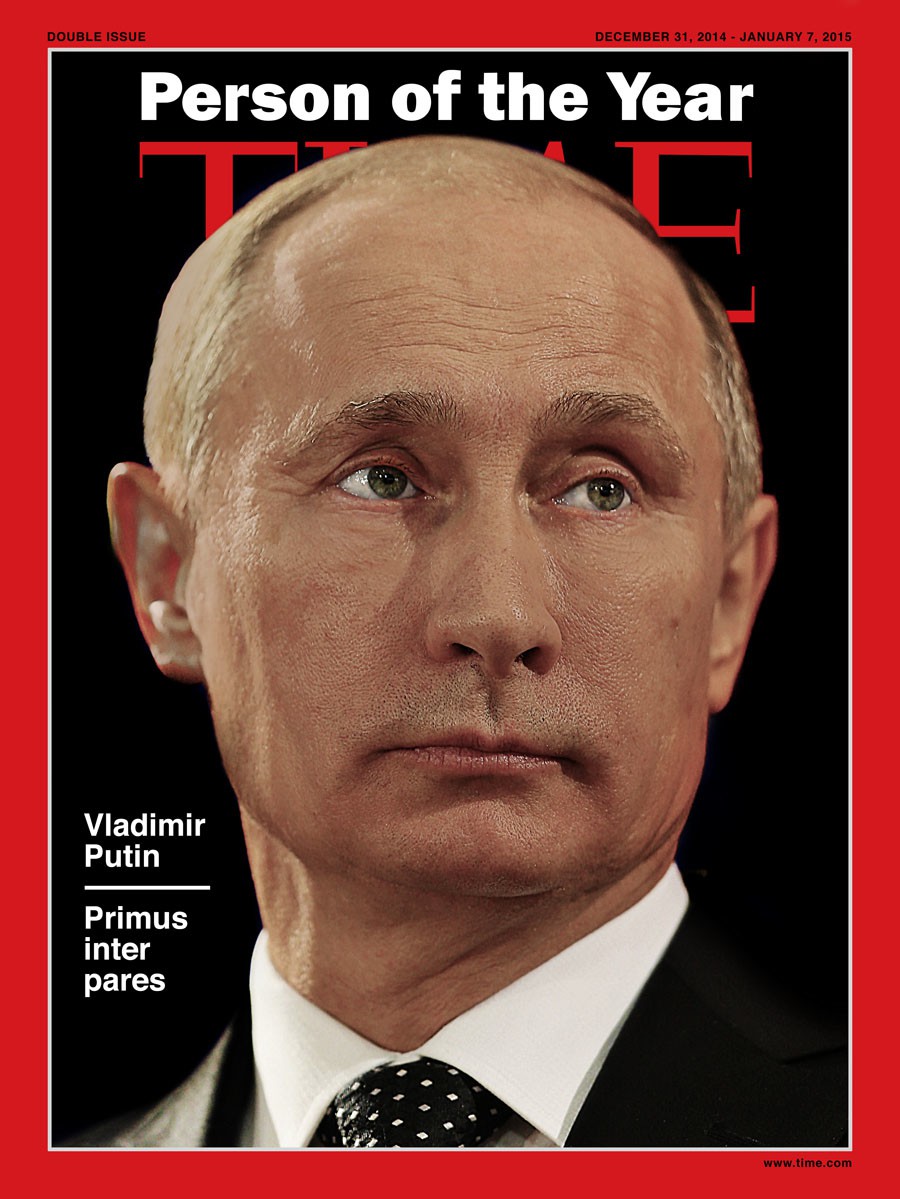 Since December 3 the the “early showed” cover of the Time magazine, on which Russian President Vladimir Putin is awarded the title of the man of the year, is distributed online.

This cover of Time without any assuming that it may be fake, was aired by NTV. “Dni.ru” and “Ridus” published similar materials. An anonymous 4chan published “cover” first. He said that he works as assistantlayoutdesigner in the editorial office of Time magazine, but intends to resign because of the fact that magazine has decided to choose Vladimir Putin as man of the year: as proof he attached a recording made supposedly on the instructions of his superiors image.

4chan users immediately noted that “cover” does not meet the standards of Time: it has wider margins than usual, different fonts and misspelling of dates. In addition, they have reproached the author’s ignorance of the fact that the magazine chooses the man of the year is not as the best person, but as the most significant one.

Furthermore, the author wrote it records in English, but used “pine tree style” quotes for the name of the magazine – violating the rules of the English punctuation and at the same time possibly revealing his Russian affiliation: «So, I work for «Time» magazine as assistant layout designer, right». “pine tree style” quotes are used in the Russian typography, while “quotes” are used in the US.

In addition, in the bottom right of the cover page the Internet address of the Time website should be specified as time.com, while www.time.com is written on the fake cover.

The precise check showed that Putin’s photo on the cover was previously used by The New York Observer magazine.