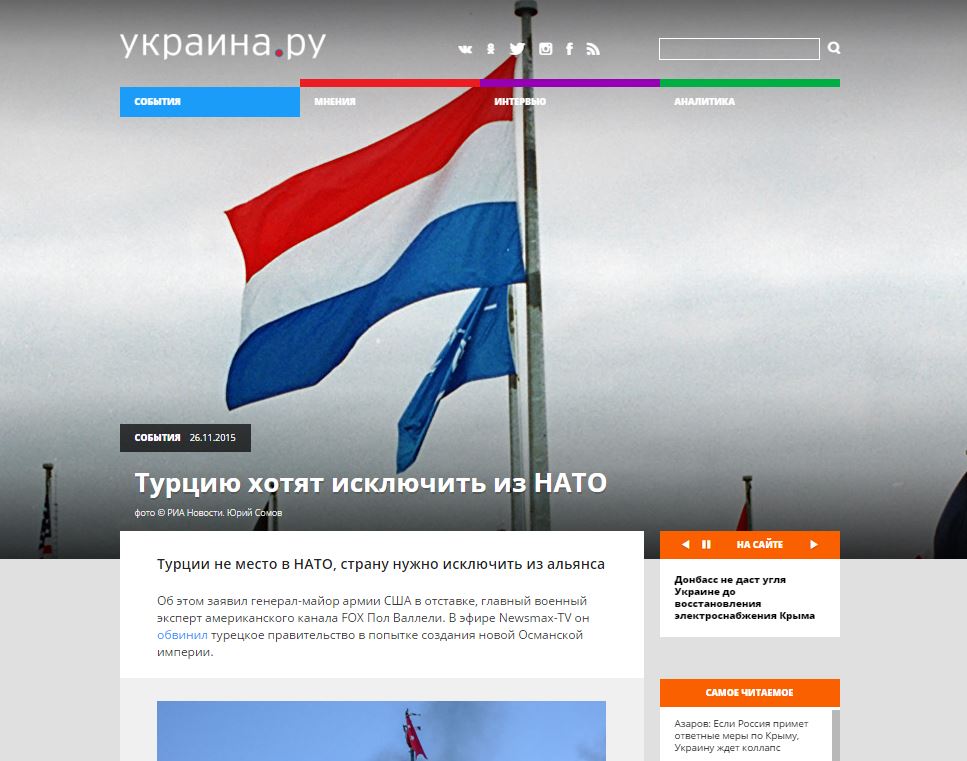 Some Russian mass media are informing that Turkey will allegedly be thrown out of  NATO. The Ukraina.ru website reports: “Turkey should not be a member of NATO, it should be thrown out of  the Alliance. This was announced by retired US Army Major General and senior military analyst for Fox News Paul Vallely.”

This “news” was also reported by the Russian News Agency website.

In fact, a retired military officer cannot speak in the name of  NATO or in the name of any state-member of the Alliance. He may have his own private opinion, but this view is never an official NATO position. Paul Vallely has criticized US President Barack Obama’s policy in the Middle East and characterized his understanding of the situation as “totally irrational and delirious”. President Obama has spoken in support of Turkey on Tuesday and said that the country had a right to protect its airspace and territory.

Taking into account that Paul Vallely claims that President Barack Obama has no legitimacy as commander in chief, because of the question of birth, (a fringe segment of the US population continues to question Barak Obama’s birthplace) General Vallely’s opinion cannot be considered as unbiased or as an expression of the point of view of any state authorities or military command.