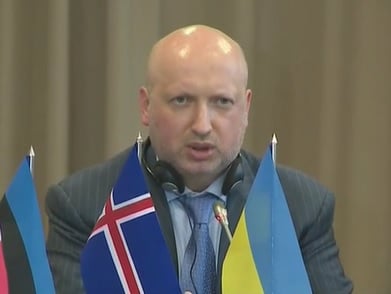 Some marginal Russian and pro-Russian websites have published false information based on a fake Twitter account of the Chairman of the Ukrainian Parliament Oleksandr Turchynov. This “news” is being actively disseminated across social networks.

For example, a tweet from this account is the source for this item “Turchynov demands they die bravely and not to make complaints to the mass media”. Here is what this item: “Soldiers and officers of the Ukrainian Army! Enough with crying to the Russian mass media that you have been abandoned. Have the courage to die bravely for your Motherland”, Turchynov wrote, provoking the anger of mothers whose sons had been mobilized by force and sent to their death in the Donbas.”

But this Twitter account has nothing to do with Chairman of the Verkhovna Rada Oleksandr Turchinov. It has no information about its user, only 500 followers, and only seven photos. For a person of such a position it looks absolutely unconvincing. Also the false Turchynov subscribed to quite interesting pages: all the accounts of central Ukrainian authorities, numerous ladies from Latin America, an odious Russian political scientist by the name of Aleksandr Dugin and a mysterious page entitled “The Devil’s Liver”.

This page has 93 thousand followers, official information about its user, and almost 400 photos and videos.