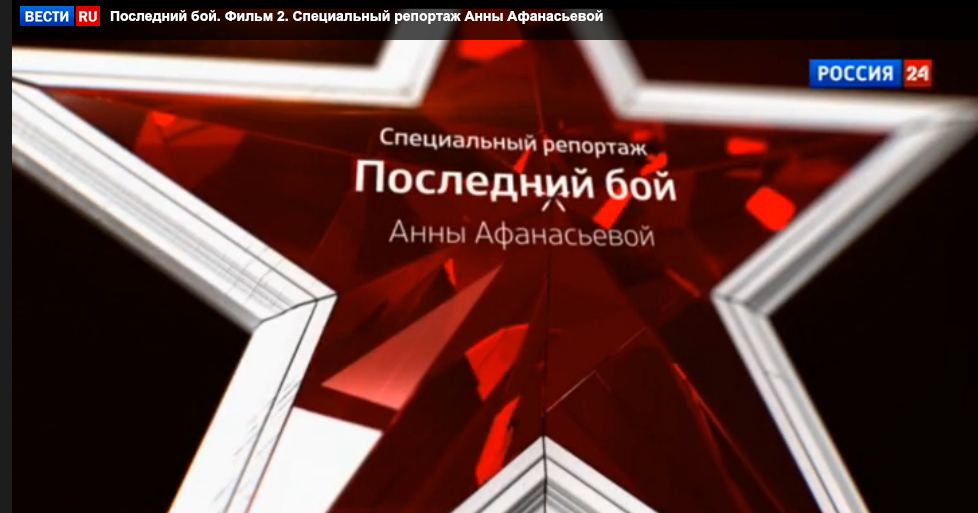 On May 9, Russia 24 and Russia 1 broadcast a 26-minutes film “The Last Battle. Film 2. Special Coverage by Anna Afanasieva.” It contains several false claims.

The voice-over says: “[World War II veteran] Anna Fiodorovna could not imagine that her heroic deeds would be doubted in her native country and Victory Day would be cancelled.”

The assertion is ridiculous. Victory Day was not cancelled. To the contrary, May 9 remains an important date for Ukraine. Officials greeted veterans in all of Ukraine’s cities and laid flowers at monuments and eternal flames.

And yet the film makes the demonstrably false assertion: “And now Victory Day has a status of a holiday that does not exist from now on.” It goes on: “… Veterans from Uzbekistan, Armenia and Georgia can’t believe that the memory of the Victory is almost lost in the neighboring Ukraine.”

Then the journalist falsely report that the monument of General Nikolai Vatutin in Kyiv is going to be dismantled. (This can be found at the 12th minute of Afanasieva’s report.)

StopFake has already debunked this claim in the past. It was first published on the site “Federal News Agency.” It claimed that the decision to demolish the monument was allegedly announced by a representative of the National Security and Defense Council of Ukraine.