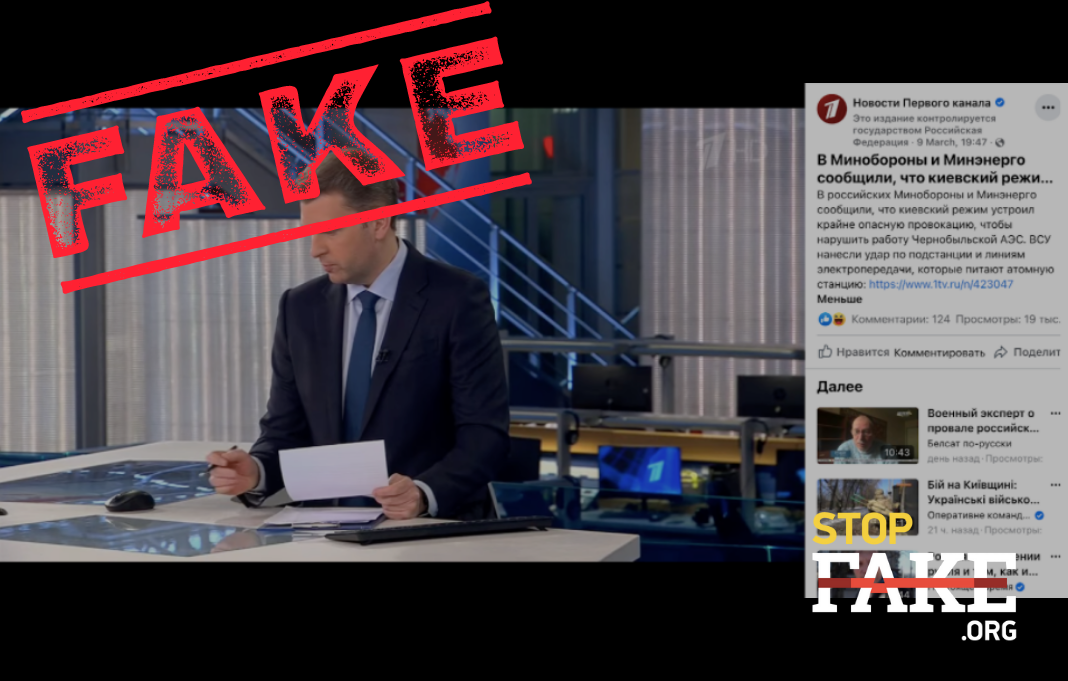 Ukraine is ready to begin repairs at the Chornobyl nuclear power plant at any moment, Russia, however, is preventing this. The IAEA and the European Nuclear Safety Regulators Group are calling on Russia to immediately restore Ukraine’s control over all nuclear facilities in the country.

Russian state media are spreading disinformation about the state of things at the Chornobyl nuclear power plant, claiming that Ukraine has “created a dangerous provocation to disrupt the Chornobyl plant” allegedly cutting off the electricity to the facility through a “strike on the power grid” and then refusing to conduct any repairs to restore the power supply. “Belarusian specialists” have saved the day, they’ve restored power supply to the station.

Ukraine did not create any provocations on its own power stations, this fact is confirmed by international nuclear safety organizations. Having seized the Chornobyl nuclear facility and its staff on February 24, Russia is solely to blame for creating extremely dangerous situations at Ukraine’s nuclear power plants.

As a result of Russian aggression, the electricity at the Chornobyl plant was cut off. Russia is not allowing Ukrainian repair crews to enter the facility. According to Ukrenergo, Ukraine’s energy company, repair crews have been waiting for three days to begin repairs at the facility. “Our repair teams are ready to restore the line immediately, despite the threat of being shot by the enemy and are waiting for permission” Ukrenergo emphasized on its Facebook page.

The International Atomic Energy Commission has not confirmed Russian media reports that Russia restored power to the facility but has said that they are investigating these reports. IAEA stresses that the Agency and Ukraine’s regulator have completely lost touch with the Chornobyl facility. The IAEA has also several times called on Russia to relieve shift personnel at the plant, as the current shift have been working on the site since February 24 without any relief or break.

According to Ukraine’s regulator the State Inspection for Nuclear Regulation, as of 3:00 PM on March 11 the Chornobyl installation received an additional supply of diesel fuel for generators that provide emergency power to the plant facilities. Attempts to restore the site’s external power supply continue, the regulator said.

After the Chornobyl NPP was disconnected from its electricity supply on March 9, the European Union immediately urged Russia to cease hostilities near all nuclear power facilities in Ukraine and allow them to operate safely. The EU said it was “extremely concerned” about the risks to nuclear safety “caused by Russia’s invasion of Ukraine and the potential damage to its nuclear facilities”.

On March 10 the European Nuclear Safety Regulators Group called on the Russian military to leave Ukraine’s nuclear facilities in order safeguard their safety. The group said that the Russian Federation’s aggressive military actions posed a risk to the facilities at the Chornobyl site, which could significantly affect safety and impact the local population and neighboring countries. The European Regulator also called on Russia to immediately restore Ukrainian control over all seized nuclear facilities.