Since Russian annexed Crimea in 2014, Kremlin faithful media regularly feature fakes claiming that Ukraine is preparing a terrorist campaign to destabilize the peninsula. The latest such fake appeared in June, after Russia’s National Security Secretary Nikolay Patrushev arrived on the peninsula for a security meeting. During the meeting Patrushev said Crimea was threatened by “aggressive Ukrainian nationalists” and other potential terrorists. RBK, TASS, RIA Novosti faithfully disseminated Patrushev’s warning. 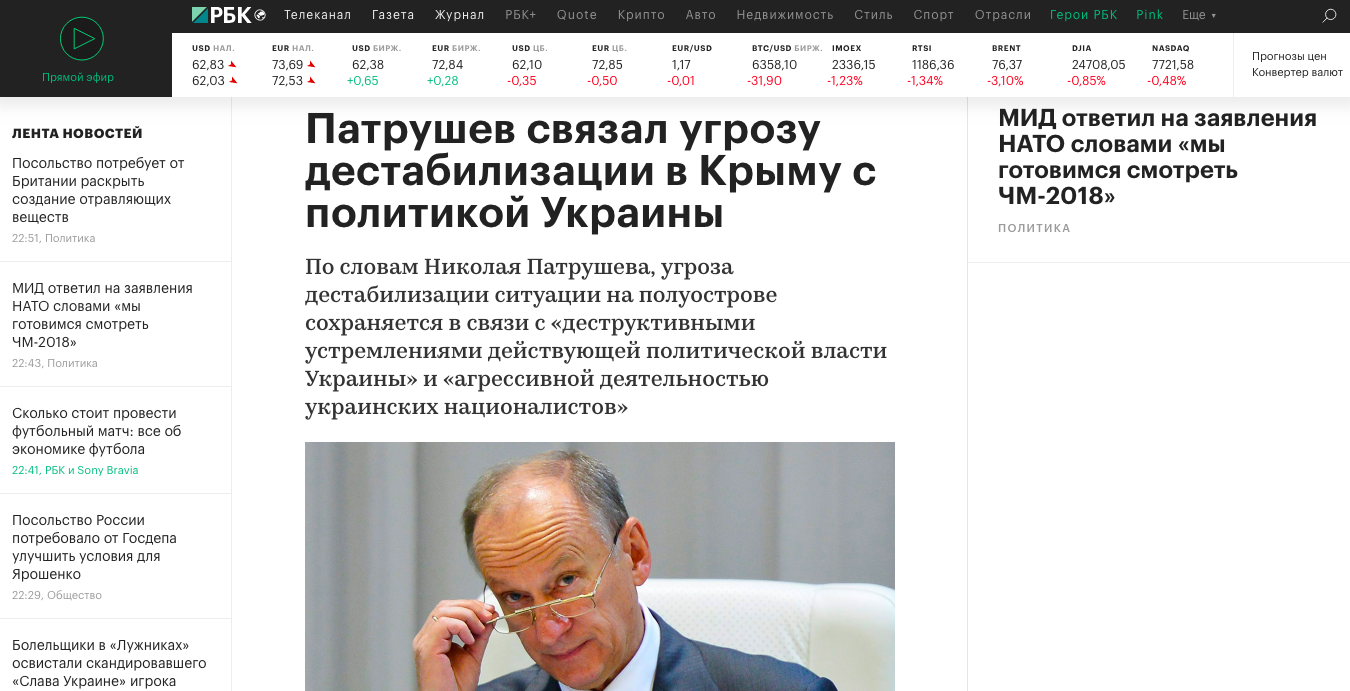 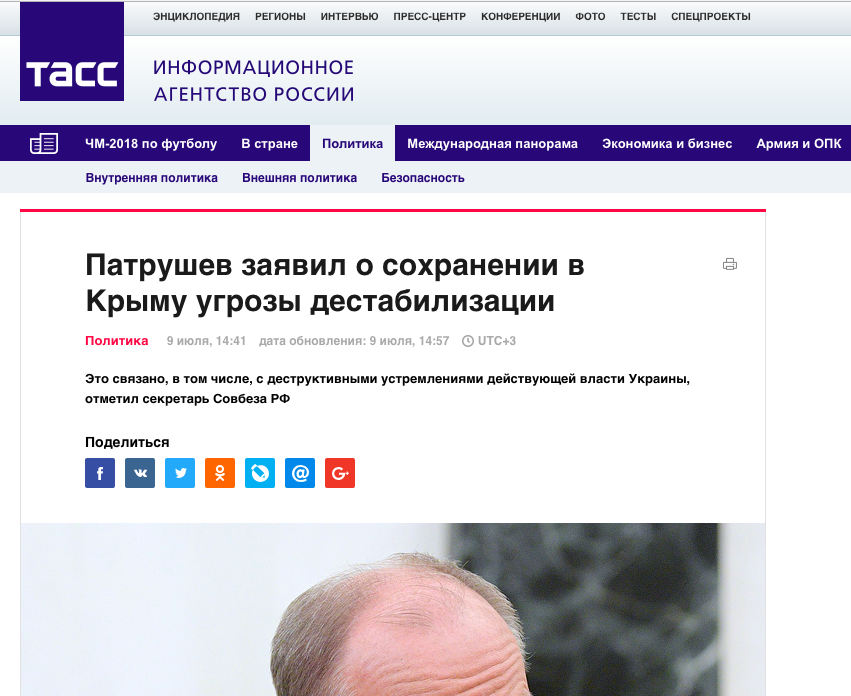 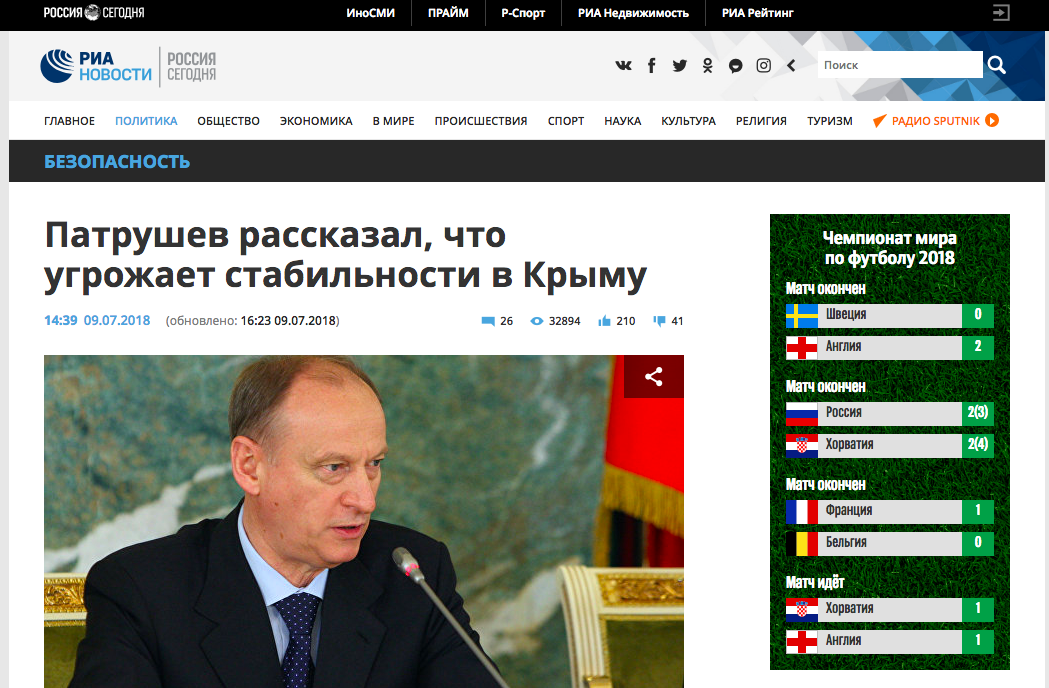 Patrushev said Crimea faced a high level of terrorist threat because of Ukraine’s policy of not recognizing Russia’s occupation of the peninsula. He said that Crimea was awash with Ukrainian terrorists and extremists. These so called “extremists” who also pose a danger to Moscow’s rule are Crimean Tatars and Mejlis representatives Patrushev said.

After Russia annexed Crimea Moscow declared the Crimean Tatar representative body the Mejlis an illegal political organization. Patrushev asserted that the Mejlis is “calling for terrorist attacks” on the peninsula.

Patrushev’s claims are completely untrue said Ukrainian MP and Mejlis leader Mustafa Dzhemilev, and may actually signal a new wave of repression against the Crimean Tatars by Russian authorities. Speaking to Radio Liberty’s Crimean Realities program, Dzhemilev said that using terrorism as a pretext, Russia’s security service the FSB will most likely begin repressions against those who disagree with the annexation of Crimea.

In a Facebook post Russian lawyer Nikolai Polozov who represents several Ukrainian political prisoners being held in Russia and Crimea echoed Dzhemilev’s warning. He is quite certain that as soon as the 2018 World Cup ends, Moscow will once again begin fabricating cases against those who disagree with Russian rule in Crimea.

Russian authorities, the siloviki (the so-called power ministries – police, secret police, military) in occupied Crimea openly speak about a new wave of repression against the Crimean Tatars. Cases will be fabricated in the same vein as they have been for the last four and a half years of occupation.” We will have searches, abductions and torture. They don’t know any other way” Polozov wrote.

Crimean attorney Edem Semedliayev who also represents Crimean Tatars accused of terrorism and extremism by Moscow says that Patrushev’s warning follows the essential principles of propaganda, it is laying the ground and preparing public opinion for new detentions and arrests.