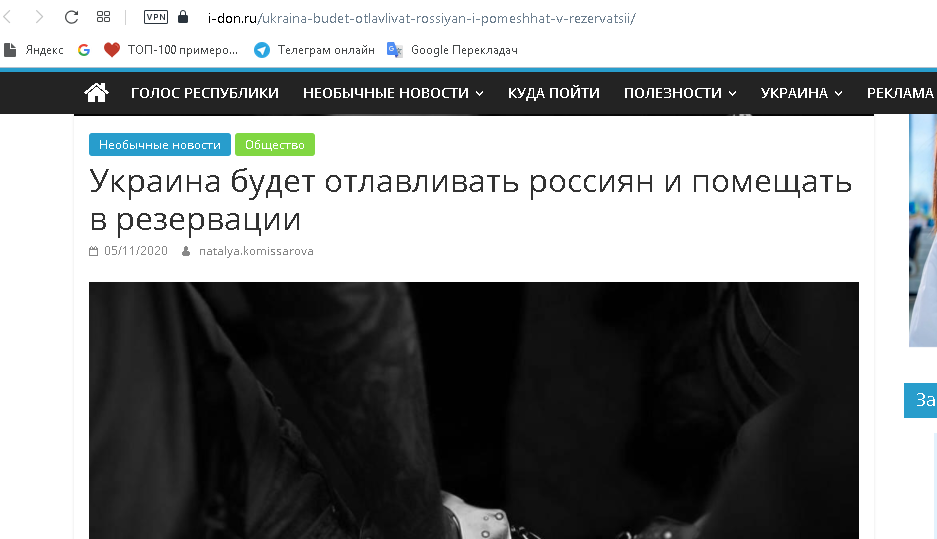 A number of Russian publications featured stories earlier this month claiming that Ukrainian authorities want to amend legislation in order to detain all Russians and resettle them in separate zones. Donbas Segodnya, Portal DNR, SMI.Today, NewsFront and others carried this fake.

Donbass Segodnya claims that from now on Ukraine’s Security Service will be able to track Russians crossing the Ukrainian border and transfer their data to the Ukrainian military. These Russians will then be resettled in special zones – reservations, which will be organized by local authorities. The fake story is accompanied by a table which is part of a draft law amending existing laws regulating issues related to prisoners of war and interned persons. Upon examination, it becomes clear that this entire story is another example of Kremlin manipulation and distortion.

The issue is draft law No.4327 drawn up by Ukraine’s Defense Ministry in accordance with the Geneva Convention. The word Russians never appears in this draft law.

Such functions will be carried out by the Security Service only during special periods specified by law. As for the internment procedure, they will occur only when absolutely necessary in situations of real and potential military threats to Ukraine’s national security and other measures stipulated by international and Ukraine law were insufficient.

Internment is abolished immediately after the cessation of hostilities and the passage of a presidential decree abolishing martial law, the draft law states.

Internment can be appealed through legal channels as outlined by Ukrainian law.

The explanatory note to the bill states that the adoption of this law will ensure the fulfillment of Ukraine’s international obligations regarding the maintenance of prisoners of war and internees during a special period in accordance with Geneva Conventions norms.