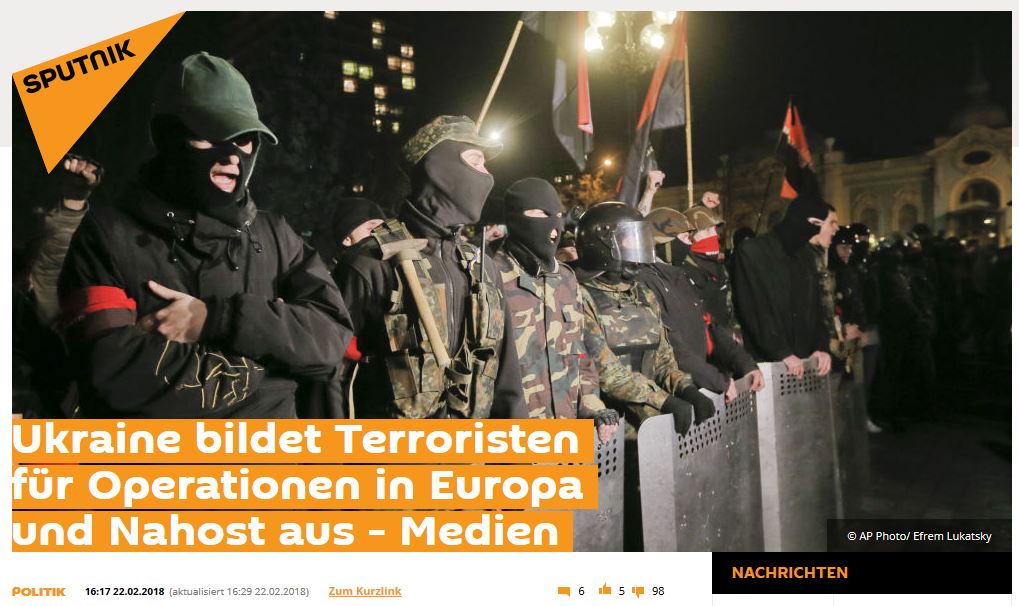 At the end of February Russian television channel Tsargrad published two articles claiming that Ukraine was training terrorists for operations in Europe and the Middle East. Top secret documents: training camps for international terrorists in Ukraine, Ukraine trains anti-Russian militants for Syria, hailed Tsargrad’s fake headlines. The articles claim that there are secret training basis near Krasnohrad, a city in Ukraine’s northeastern Kharkiv region. Tsargrad emphasizes that these potential terrorists are picked from two Ukrainian battalions, Azov and Right Sector.

As proof of its claim Tsargrad offers “top-secret documents” — a copy of a letter of unknown origin dated June26, 2017 with an alleged Kharkiv National Police letterhead in which someone named Huz reports about a training camp for specialists.

The letter is written in a very peculiar tone and style, brimming with inference and innuendo. There is no mention of any missions in Europe or the Middle East, and it is unclear what special missions against Russians in Syria Tsargrad has in mind. But lack of facts never stopped a publication like Tsargrad or Sputnik and so they spin their yarn even further, claiming that 613 fighters are in the secret training base and five have already been killed in the course of their training. Sources? None.

The overall aim of such texts is to confirm the image of Ukraine as a quasi-state, a “puppet” in the hands of the United States, being used as cannon fodder in the war against Russia.

The story may have also been prompted to try to deflect attention from the embarrassing, for Moscow, news that many, possibly hundreds, of Russian mercenaries were killed when they attacked American forces in Syria supporting anti-government fighters last month.

Tsargrad is a relatively new Russian television station and web site, it positions itself as Russia’s first conservative information station. Its owner and director is the ultra-conservative orthodox activist, oligarch Konstantyn Malofeyev, who has said the channel is the voice of the Russian orthodox majority.