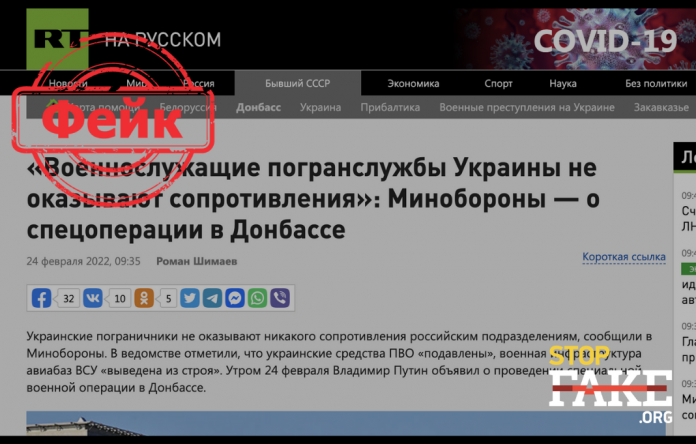 Ukraine’s armed forces were on high alert and repelling Russian attacks as of 5:00 am since Russian President Vladimir Putin’s declaration of war. They Ukrainian military has taken and is holding defensive positions.

Ukraine’s Commander in chief issued an order to inflict maximum losses on the invading forces.

Russia is also launching artillery fire on the towns along Ukraine’s state border, including from Crimea, the Ukrainian peninsula Russia annexed in 2014. According to Ukraine’s State Border Service, Russia is breaking through Ukraine’s border posts. As a result of shelling the Preobrazhenka area border guards’ positions (a town in southeastern Kherson province) from Crimea, one Ukrainian border guard was killed.