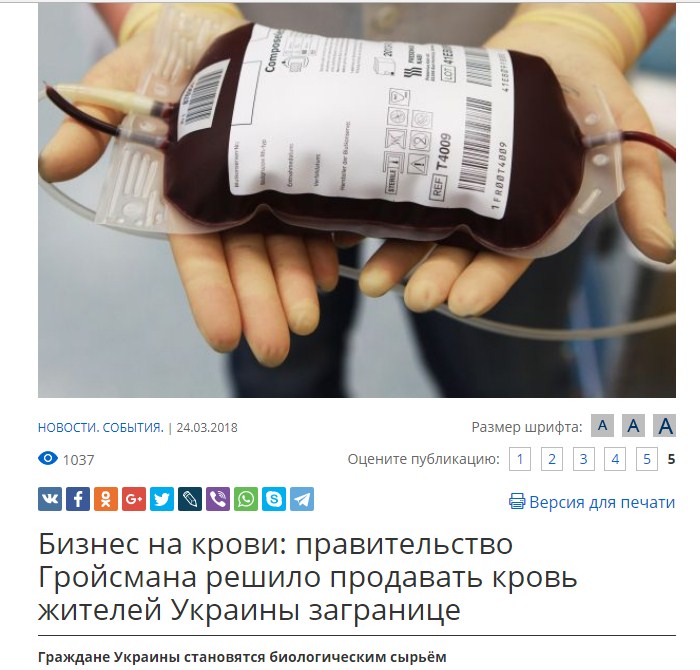 On March 24 Russia’s web newspaper Fond Strategicheskoy Kultury (Strategic Culture Fund) featured an article claiming the Ukrainian government had decided to export Ukrainians’ blood. “Ukrainian citizens are about to become biological fodder. From now along with grain, amber and honey, the blood of Ukrainian citizens, ready to sell bits of themselves in order to eat, will be up for export”, the publication declared.

These sensationalist claims are most likely based on a December 2017 government decision on the market of blood, blood components and plasma derivatives, authorizing Ukrainian company Biopharma Plasma to export 32 different blood products.

Ukraine’s Health Ministry dismissed Russian media claims that Ukraine is exporting blood as completely false. According to the Ministry, Ukraine exports medical products such as albumin produced from leftover blood. Such export s are allowed only after Ukraine’s blood product needs are completely taken care of and there are enough reserve supplies  in stock to guarantee the country’s  needs. 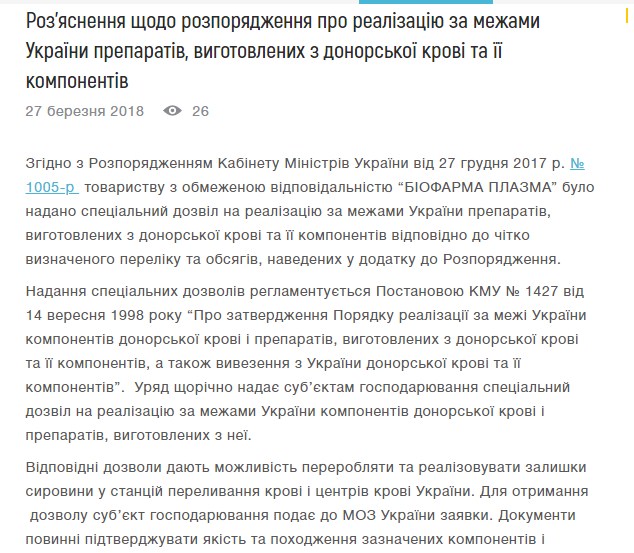 Ukraine’s law on blood donation enacted in 1995 allows for sale of blood products but stipulates that Ukraine’s Cabinet of Ministers must issue annual authorizations of the process. The law does not allow the sale of blood or plasma, only products made from blood parts. The export or sale of blood is allowed only as a form of humanitarian aid authorized by the government, or to manufacture needed blood products that are not made in Ukraine with the proviso that these products must return to Ukraine for internal use.

The blood product market is further regulated by a special government decree that Ukraine passed in 1998. Blood products and related biological products are subject to strict national guidelines and regulations as well as by the World Health Organization.

The export of human blood and tissue and related materials is an international practice that many countries including Russia, participate in, some for purely humanitarian purposes, others for medical reasons. 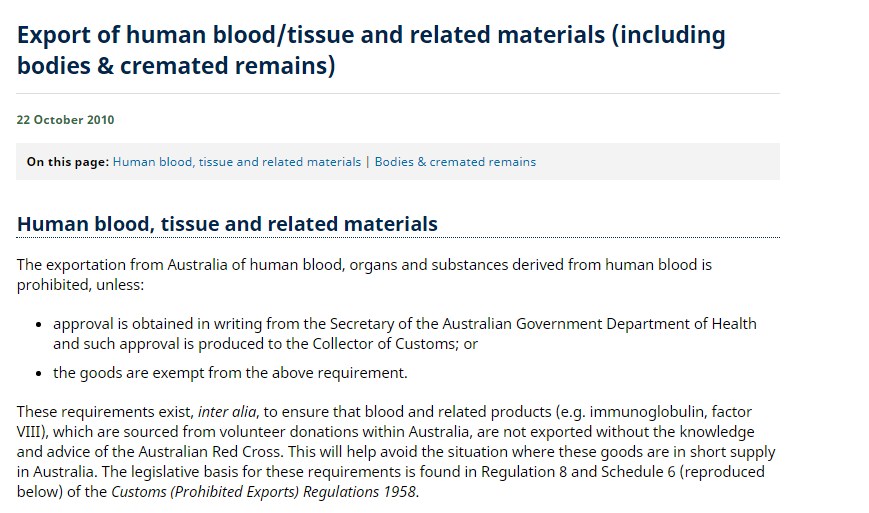 European Union countries supply donor blood based on bilateral agreements on a need basis, when one country has a surplus and another a deficit. In 2012 Italy provided donor blood components to San Marino while the United Kingdom helped out Australia.