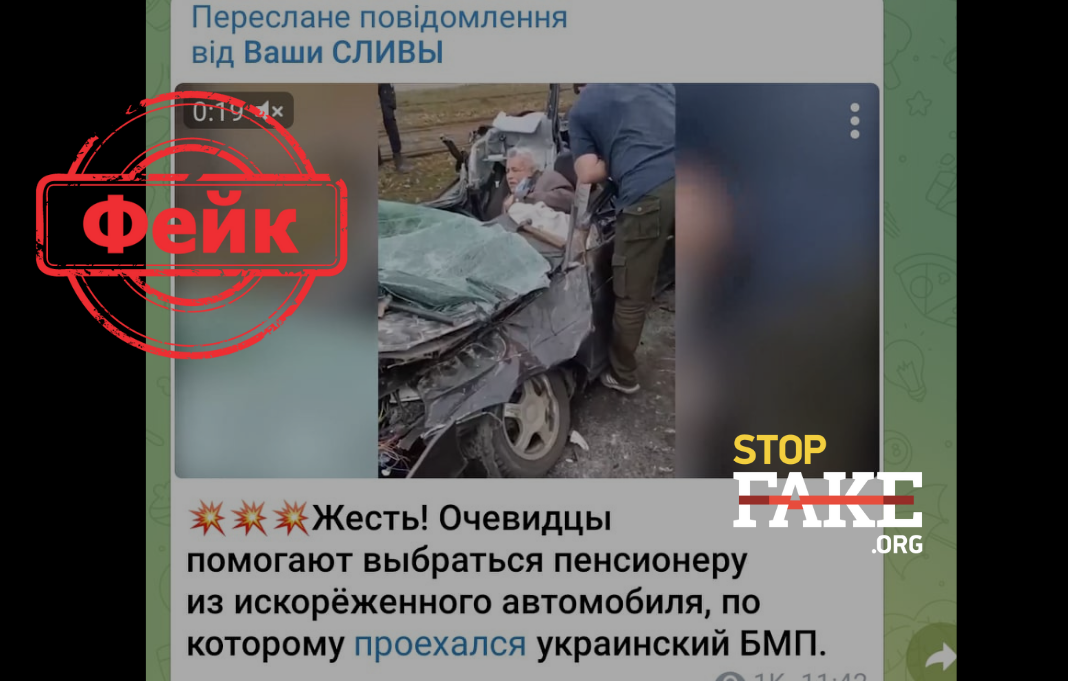 Pro-Kremlin Telegram social media channels are spreading fake information claiming that a Ukrainian BMP (infantry fighting vehicle, APC and tank combined) ran over an elderly man in Kyiv. In fact, the BMP which ran over the man was a Russian vehicle out on a reconnaissance mission manned by Russian soldiers.

These stories are accompanied by videos, one showing an elderly man being pulled out of the wreckage of a car, the other, shot from a balcony, which shows the BMP riding over a car. Both videos were filmed in the Obolon region of Kyiv. “Kyiv. While Russian troops are approaching the capital, the Ukrainian military is pressuring civilians,” claim the Telegram channels.

Earlier Ukraine’s Defense Ministry had warned that a Russian reconnaissance group was moving through Obolon and called on Kyiv residents to notify the ministry as to the BMP’s movements. “Make Molotov cocktails, neutralize the invader. Be careful! Do not leave your homes!” the Defense Ministry said in a Facebook statement.

Later in the day Ukrainian military successfully destroyed the group.