As their source, the Russian sites quote a dubious website Novyny Zhovkivshchyny I Yavorivshchyny online. Judging from its content, this site appears to have been launched only a few days ago. Its first story is dated November 3, the last November 5. 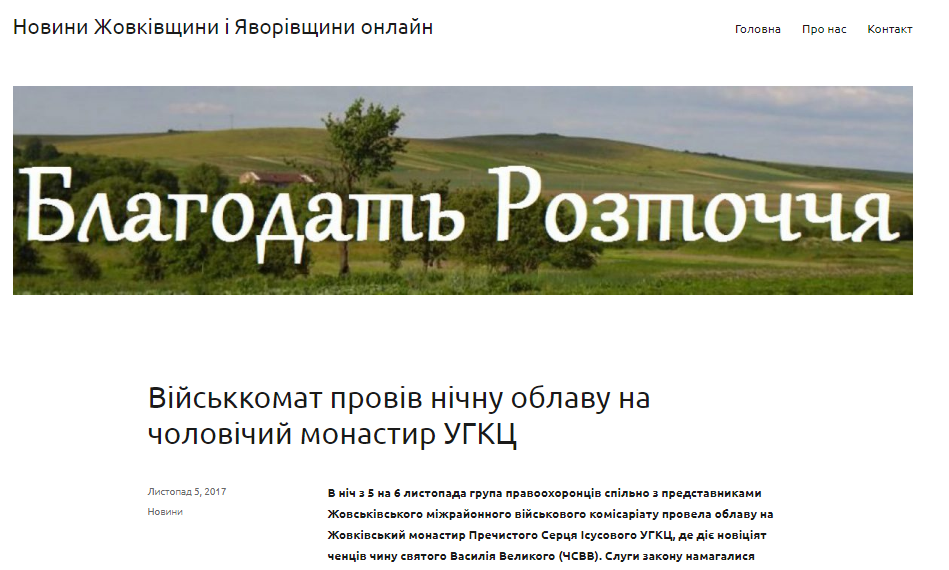 The site is currently inactive and lists a warning that the story about the monastery raid is a fake.

The monastery at the center of this fake story is the Basilian Brothers monastery in the western Ukrainian city of Zhovkva, Lviv oblast . In a statement published on the Ukrainian Catholic Church portal, the monastery’s abbot Father Volodymyr Malaniuk said that no such raid had taken place, the priest cited in the story does not exist and the photograph used to illustrate the fake story is not of their monastery. 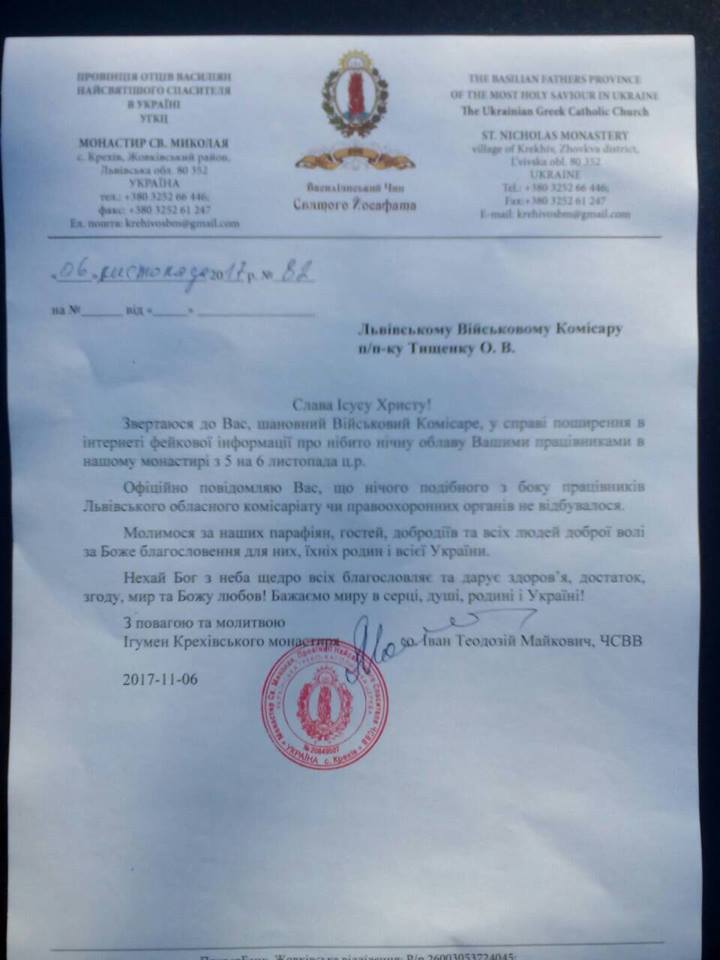 The Ukrainian Catholic Church also wrote to the Regional Military Commissar Alexander Tyshchenko advising them of the fakes being circulated about the alleged monastery raid.

The chief of the Ukrainian Catholic Church Military Chaplain’s office for the Zhovkva region also told StopFake that no such raid had taken place, as did the chaplain of the Lviv Garrison Church Father Stepan Sus.