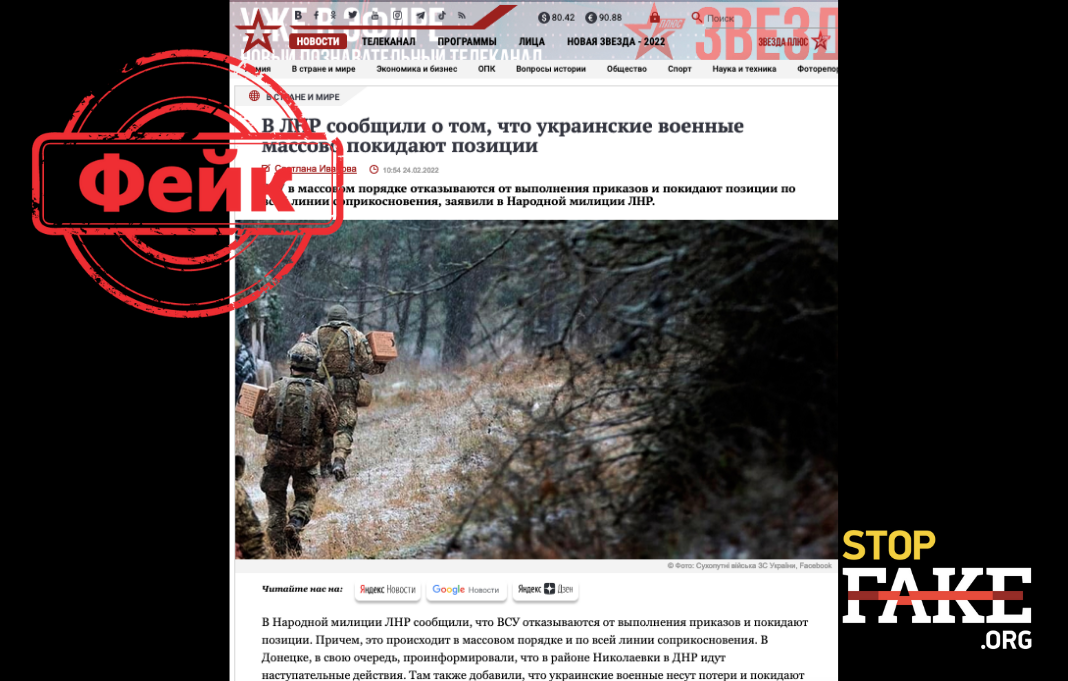 “Scores of Ukrainian military are refusing to carry out orders and are leaving their positions along the entire line of contact,” Russia’s Defense Ministry web site Zvezda claimed.

The claims made by unnamed LPR representatives are simply not accurate.

According to Ukraine’s Armed Forces General Staff, the Ukrainian military are actively fighting the
Russian invading forces: “Military units are in their positions. The enemy is suffering losses”.

As of 11:00 AM February 24 on the Kharkiv ring road the Ukrainian army had destroyed four Russian tanks, six airplanes and some 50 Russian soldiers were killed, said the Ukrainian military leadership.

Earlier in the day StopFake debunked fake stories claiming Ukrainians were not putting up any resistance in the face of Russia’s invasion.