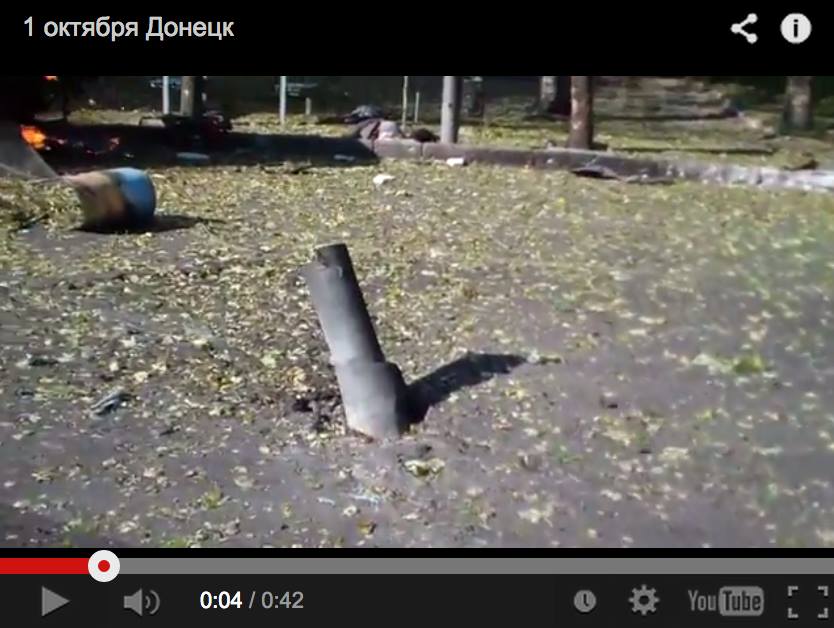 The screenshot of video from the scene shows some inconsistencies in the story of Lifenews journalists. They claim the shelling was performed by the Ukrainian military from the airport. Here is a video screenshot showing, which can show the direction from which one of the shells came from. The video also shows the location of the bus station and the other objects, which is important for further analysis. The line on the map shows approximate shell flight radius. It should also be noted that the rocket system hitting area is 30 km, and the territories to the south from this place are under complete control of the gunmen. Here is the front map: