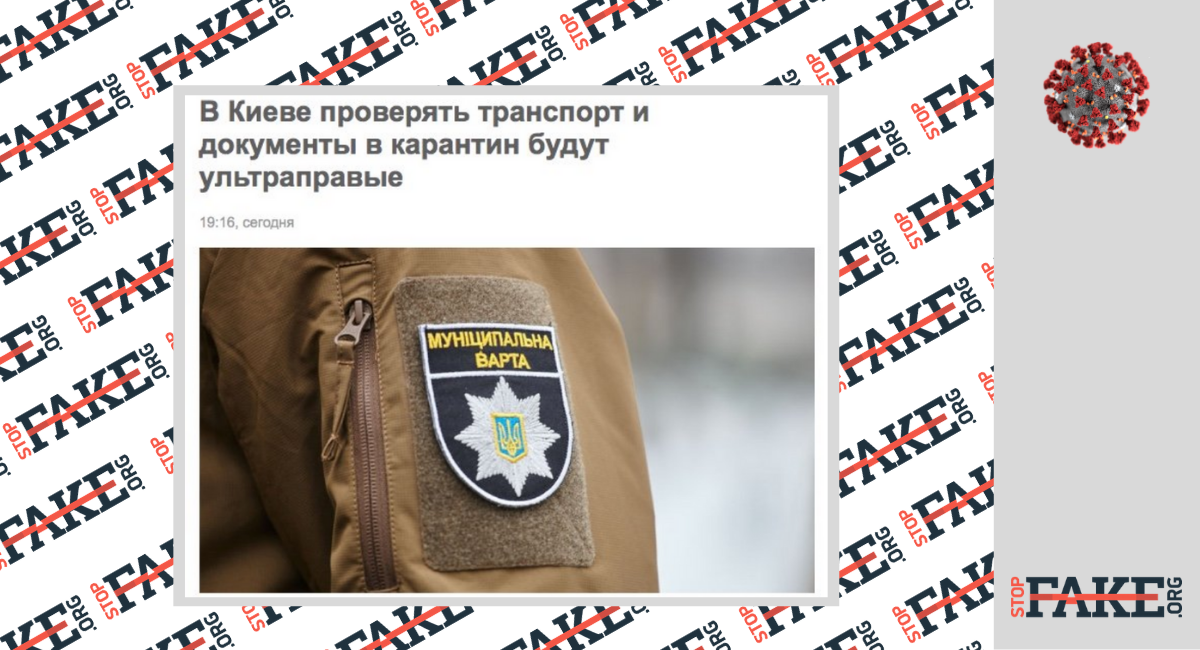 This week the Strana.ua news site announced that ultra-right groups will be checking people’s documents in the Ukrainian capital Kyiv during the corona virus quarantine period. The so-called ultra-right group according to Strana is the Municipal Guard, a public organization created in 2015 to support the local police. This week Kyiv Mayor Vitaliy Klychko announced that during the Covid-19 quarantine national police officers and Municipal Guards would patrol all public transport.

According to Strana all members of the Municipal guard are ultra-right nationalists. They will be checking all municipal transport to make sure that all those traveling have permits to do so, the publication writes.

On March 21 the Kyiv city government introduced new restrictions aimed at preventing the spread of coronavirus. Accordingly, only essential personnel whose jobs are necessary for the running of the city should use public transport. People will be allowed into grocery stores and pharmacies only at the rate of one person per 10 square meters. Use of playgrounds and sports areas is currently banned.

According to the new city rules two National Police officers will be accompanied by a Municipal Guard  member to make sure people are authorized to be outside their homes and are using the appropriate personal protective equipment.

As of March 22 Ukraine’s Military Police, the National Police and the National Guard will conduct joint patrols in cities and military garrisons.

The Municipal Guard was established in 2015 as a public safety organization, something akin the New York City Guardian Angels. Kyiv Mayor Vitaliy Klychko said the creation of such a unit is “the “first step towards the emergence of municipal police in the Ukrainian capital”. Among its members the Municipal Guard has several veterans of the Russian war in eastern Ukraine.

Strana also claims that because of the Municipal guard’s alleged hostility towards national minorities, in particular the Roma, Kyiv’s police refused to work with the public organization.

The Municipal Guard deny that they were involved in any crackdown against the Roma in 2018, but at the request of utility companies only helped the city police empty the central railway station underground tunnels for cleaning and maintenance.