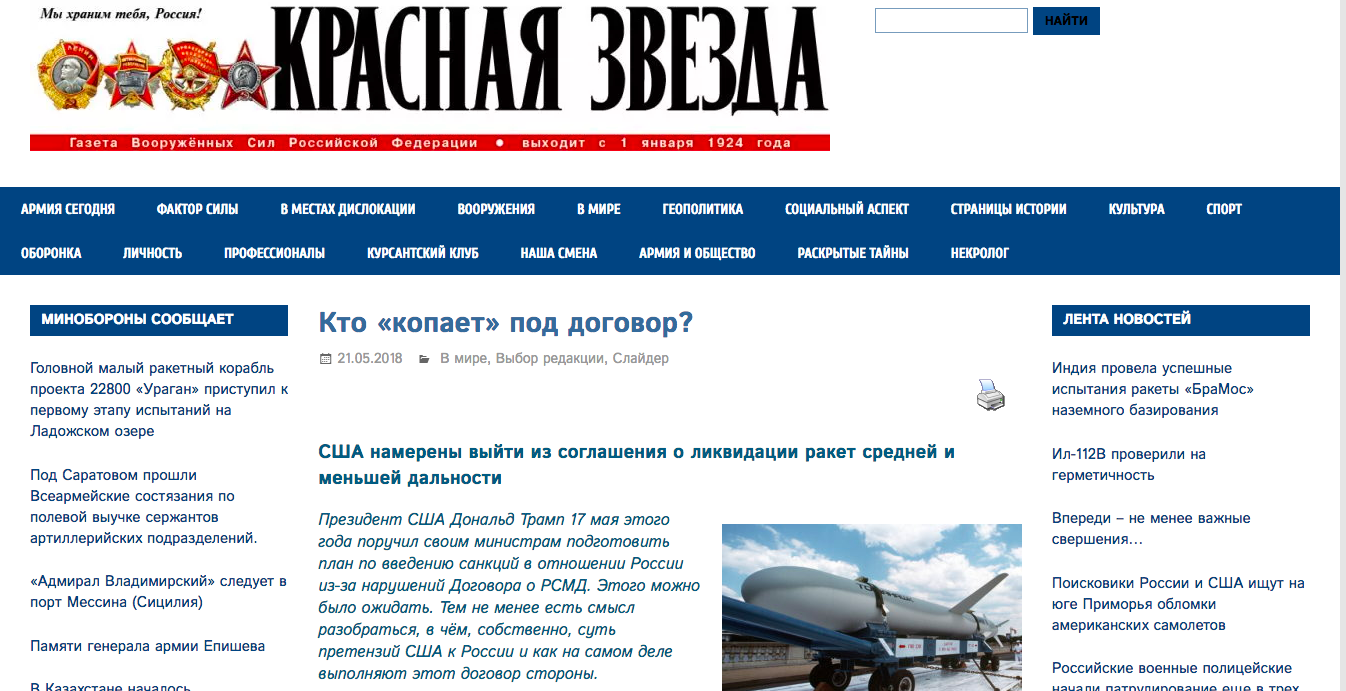 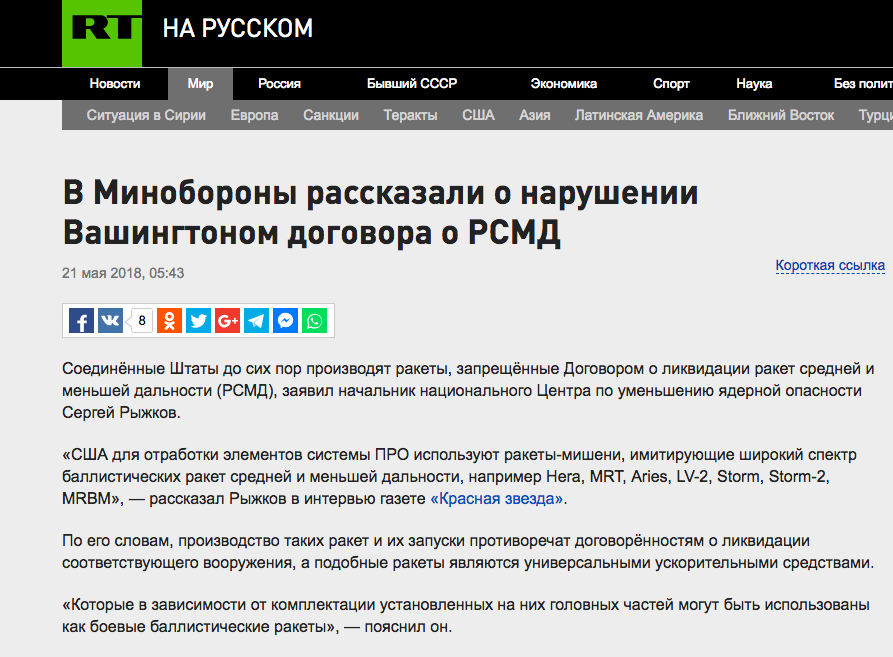 Ryzhkov claims the US is developing arms banned by the IMF treaty and he accuses the Trump administration of anti-Russian bias.  Specifically, he alleges that Washington is developing and testing ballistic missiles with a range of 500 to 5000 km under the guise that these trials are simply ballistic missile targets for the American global missile defense system.

The last time Russia violated the terms of the INF treaty was in March 2017 when it deployed a cruise missile, Vice Chairman of the U.S. Joint Chiefs of Staff General Paul Selva announced during a March House Armed Services Committee hearing.

“The system itself presents a risk to most of our facilities in Europe and we believe that the Russians have deliberately deployed it in order to pose a threat to NATO and to facilities within the NATO area of responsibility,”Selva said.

In February 2017, citing administration sources, the New York Times reported that the Russians have two battalions of the prohibited cruise missiles, one at Russia’s missile test site in southern Russia near Volgograd, with the other having been moved to a different operational base. American intelligence officials consider the missile to be operational.

In December 2017 NATO reaffirmed its commitment to the principles of the INF treaty. At that time US Permanent representative to NATO Kay Bailey Hutchison stated that Russia’s behavior as regards the treaty “raises serious concerns”.

“For the last four years, the United States has sought to engage the Russian Federation on its ‎INF Treaty-violating ground-launched cruise missile system—at multiple levels, in multiple venues, and on multiple occasions.  Despite these efforts, Russian officials have refused to engage constructively with the United States” Hutchinson wrote in an official public statement. 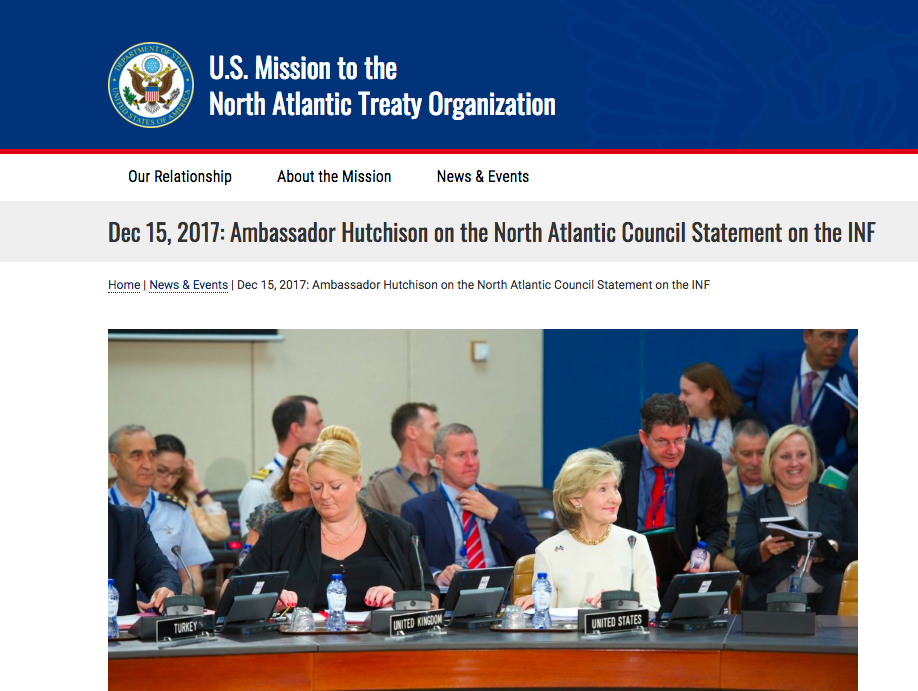 The Intermediate-Range Nuclear Forces Treaty (INF) is an agreement between the US and the USSR signed by President Ronald Reagan and General Secretary Mikhail Gorbachev on 8 December 1987. It required the removal of 1,752 Soviet and 859 U.S. short- and intermediate-range missiles, most of which were located in Europe.