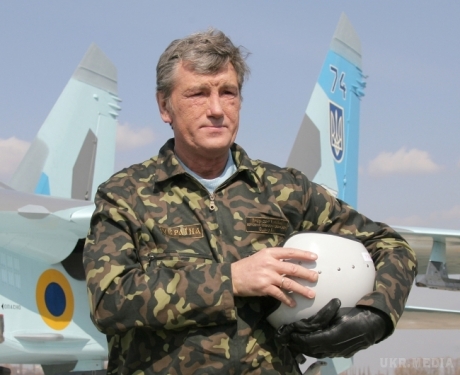 On March 16, the internet resource ukr.media published a sham report about Ukraine’s former president, Viktor Yushchenko, with the headline “Yushchenko is sent to fight in Donbas in order to do penance for his guilt.” The Truth in Ukraine then ran with the story and headline, and it has since spread to other sites and social networks in different variations.

In fact, there was no such absurd official call to send Ukraine’s former president to the anti-terrorist operation zone. The story is misleadingly based on private comments made by one Ukrainian deputy, Yuri Timoshenko, on March 13 on the political talk show Schuster Live. On the program, Timoshenko accused Yushchenko of creating the political situation that brought his presidential successor, Viktor Yanukovych, to power, thus provoking the current political and military crisis in Ukraine. To atone for this, he said that Yushchenko should be given a machine gun and sent to the front line, thereby “washing away his treachery with blood.”

The photo of Yushchenko in military uniform that accompanied the article was also deceptive: it was in fact taken in March 2008, during his presidency, at a military event.