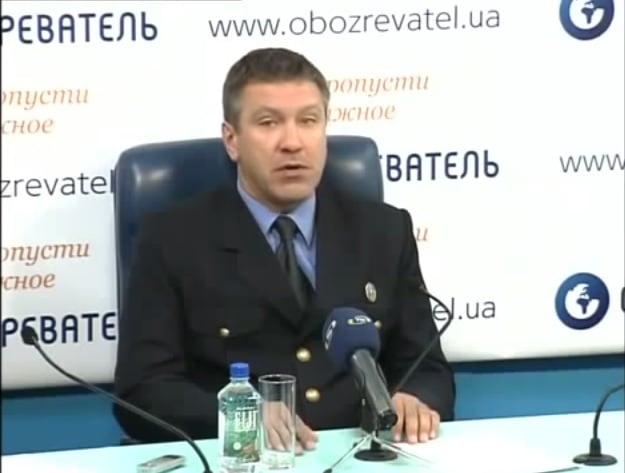 Video of an unnamed man said that Ukraine should give up their lands to the west Poland, and Poland allegedly agree has been actively distributed over Internet since previous summer. “And given the fact that the opinion of any European country is of priority for us, it is necessary to reconsider this issue,” said the man.

The video title is provocative enough “Western Ukraine will be given to Poland. Sale of “United” country.” Video has gained more than 200 000 views on YouTube and social networks, being used in order to prove the intention of the Ukrainian authorities to divide the country into pieces and distribute them to different countries.

However, the man, filmed in video is not the representative of the Ukrainian government, but the leader of the little-known in Ukraine leftist party “Great Ukraine” Igor Berkut. He says on behalf of the state, but is sharing his personal views about the “correct” division of Ukrainian land after the Second World War. This press conference was held another May 23, 2014.

As a representative of the ultra-left party that is in opposition to the current Ukrainian authorities, Igor Berkut defends communist views and argues that “the struggle against the red flag in the long run means fighting against the Victory Day.” He also calls Maidan “protest action, provocative and in many aspects” and proposes the creation of “Swiss” Confederation as the way to resolve all the problems in Ukraine.

In addition, Igor Berkut cites a number of facts that distort the actual events. For example, he says that “according to the pact (the Molotov-Ribbentrop Pact – Ed.) was Poland was divided along with the part of Ukraine, so we have to return those territories. All of European countries, including Turkey, will only support this decision. And Poland will agree with this.” However, Poland has repeatedly stated that it does not claim to any Ukrainian territory.