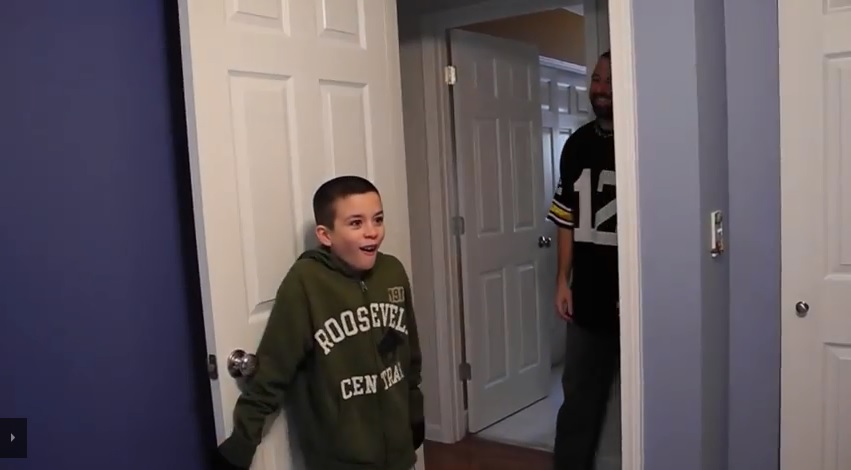 On November 28, TV channel Russia 1  showed in its program “Special correspondent” a news item telling that homosexuality was allegedly being propagated in Europe among children, destroying their sense of gender stereotypes. In order to confirm their rightness the channel journalist among others videos showed a fragment of an amateur video. This video allegedly shows a boy who received naked men pictured on the wall in his bedroom as a present from his parents and was very astonished with this.

In fact, the original video looks like quite different:

This is an advertising video of Fathead Company which produces vinyl wall coverings. It shows a car for special competitions painted on the wall in children’s bedroom. This video became so popular that a great number of spoofs were made. One of it was used by TV channel Russia 1. By the way, this faked edited video has been being spread in Internet since the end of 2012.