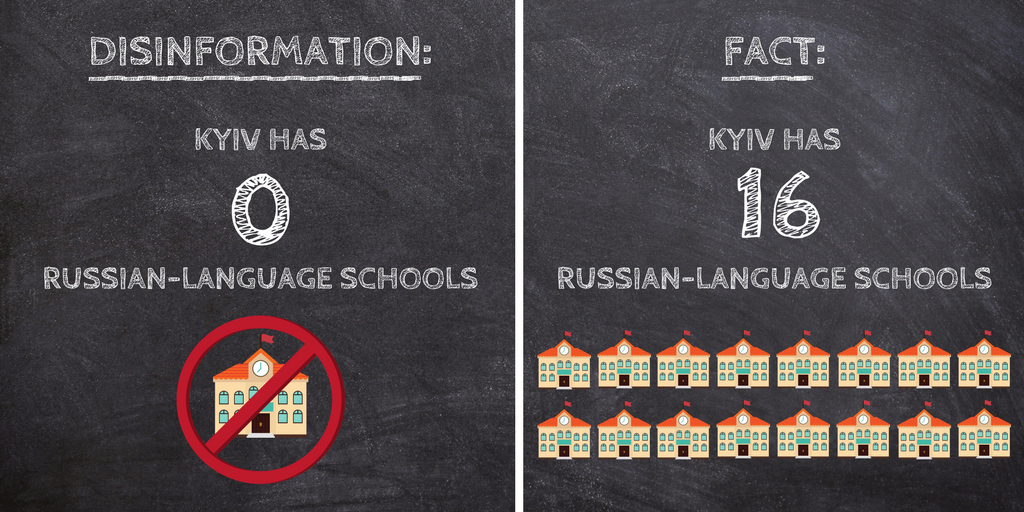 “Not a single Russian-language school is left in Kyiv.”

This sensational headline recently appeared on Ukraina.ru, a Russian website well-known for spreading disinformation about Ukraine.

The claim, like much of the “news” published on Ukraina.ru, is entirely bogus.

As Ukraine’s StopFake reports, as many as 16 schools in the Ukrainian capital currently offer Russian-language curriculums.

A closer look at the channel’s website, however, shows that the allegedly official statistics are in fact a simple Excel sheet without any stamp, link, or other indication of its source.

The disinformation story was released after the Parliamentary Assembly of the Council of Europe (PACE) adopted a resolution on January 23 calling for greater protection of minority languages across all its member states.