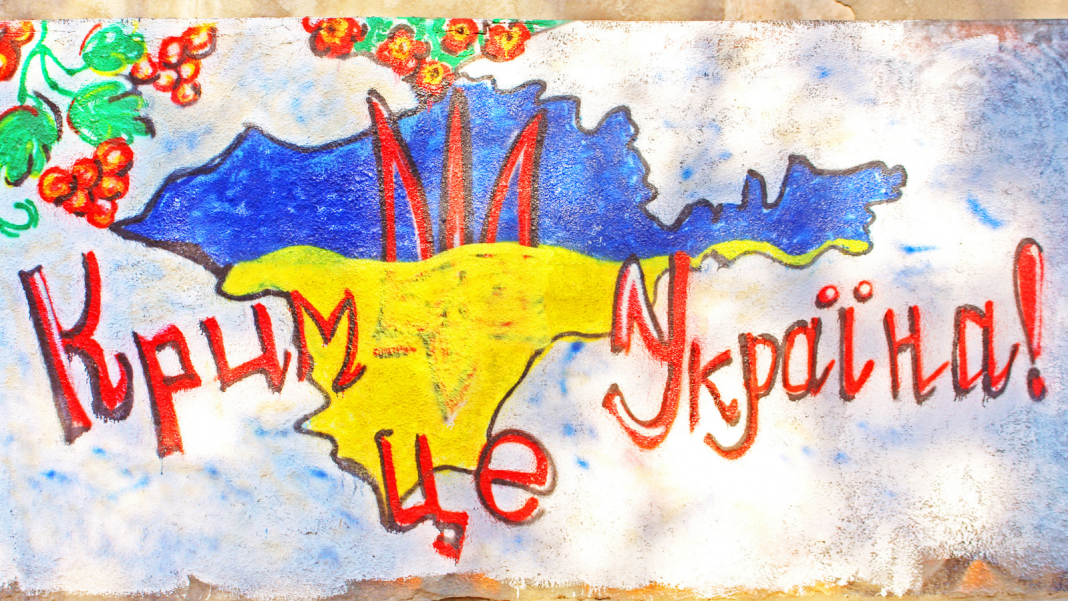 “Among the many different examples of factually wrong claims that have come out of the Kremlin and media outlets loyal to its line since 2014, the case of Crimea’s annexation stands out as perhaps the most blatant and geopolitically most critical” – we wrote back in 2018, on the 4th anniversary of the illegal annexation of the peninsula. Now, another three years later, these words stand as relevant as ever.

The illegal annexation of Crimea along with the “little green men” – Russian soldiers without insignia, who invaded and took control of the peninsula – have shown how disinformation can support hostile operations on the ground. However, the case of Crimea also demonstrates the limits of pro-Kremlin disinformation.

For seven years now, pro-Kremlin media and politicians have tried to create an illusion of legitimacy for this blatant land grab and violation of international law. And each time, they have stumbled.

Here is an overview of clumsy disinformation efforts on Crimea:

Throughout the years, the pro-Kremlin media have grasped at every straw to create an image that the world, especially the West, was coming to terms with the illegal annexation of Crimea.

One way of doing that is to portray Crimea as frequently visited by various foreign “delegations” – as a sign of the acceptance of the change in the peninsula’s status. For example, back in 2018, RIA FAN news agency, affiliated with the infamous St. Petersburg “Troll Factory”, reported that “a delegation from Norway has arrived in Crimea for an official visit”.

What really happened was that a group of Norwegian individuals, disregarding the advice of the Norwegian government, went on a private trip to Crimea. They were met by the local authorities as if they were an official delegation and their trip was used for propaganda purposes.

Similar tactics have been used time and time again. “Delegations” from Turkey, Finland, the US and elsewhere, so sought after by the pro-Kremlin media, turned out to be composed of representatives of obscure NGOs or linked to known pro-Kremlin pundits. Some of the “delegations” were entirely made-up, like the time when the Russian state-owned news agency RIA Novosti claimed that a group from Bristol University was going to start excavations of historical sites in Crimea.

In some cases, “delegations” visiting Crimea have included local European politicians or even a few members of the European Parliament. But none of them represented official positions in any way. The European Union continues the policy of non-recognition of the illegal annexation of Crimea; this was recently reiterated by the High Representative and Vice-President of the European Commission, Josep Borrell.

When the pro-Kremlin media became obsessed with maps

The pro-Kremlin media have also been diligently reporting on every instance when someone, somewhere (mostly, by mistake) has shared a map showing Crimea as a part of Russia.

In 2016, a headline in the Komsomolskaya Pravda daily newspaper proudly proclaimed that “Coca-cola recognized Crimea as Russian”, after an advertising agency, without consulting the Coca-Cola Company, posted a map with Crimea as a part of Russia on social media.

Komsomolskaya Pravda was not so eager to report, however, that the following day, the company apologised for the incident, despite the fact that it had no responsibility for it.

Since the United Nations refuse to recognize the Russian land grab, the global company must have seemed a good alternative to the pro-Kremlin media.

As much the Kremlin is willing to break international law, it craves international recognition. So when the United Nations General Assembly adopted a resolution stating that the so-called referendum in Crimea was not valid and could not serve as a basis for any change in the status of the peninsula, what was there left to do?

The answer – create alternative reality in the pro-Kremlin media. Pro-Kremlin outlets have repeatedly claimed that Crimea democratically voted for reunification with Russia. The EUvsDisinfo database contains over 150 recorded disinformation claims alleging that Crimea “reunited” with Russia on a basis of a democratic referendum. Although neither the OSCE nor EU observers have been present in the so-called referendum, pro-Kremlin media insist that “international observers” never questioned the legality of referendum. This claim must have seemed so appealing to the Kremlin’s spin-doctors that is has been applied in successive “elections” and “referenda”, with claims that “Crimea is the most democratic place in the world, and that international observers have praised the all-Russian vote on Constitutional amendments in Crimea (for the record – they haven’t).

When Crimea was portrayed as a destination for moral migration

Among the many efforts of the pro-Kremlin media to bolster the favourable image of Crimea following the illegal annexation, the privately owned Russian outlet “Life” truly stands out.

In 2019, it ran an article claiming that Europeans were choosing Russia, and in particular Crimea, to seek refuge from “aggressive sexual education, homosexual dictatorship and juvenile justice” in Europe. The outlet even quoted a local politician in Crimea who claimed that 1,500 appeals were received from Germany alone.

Such a figure has appeared several times throughout the years exclusively in the pro-Kremlin media, always quoting the same Crimean politician. The presented figure is highly likely to be fake (similar to Crimean tourism statistics).

The story itself plays on recurring pro-Kremlin disinformation narratives about moral decay in Europe, complete with animal brothels, fairs selling actual babies, and Satanism, presenting Russia as the last bastion of “traditional values”.

When the pro-Kremlin media lashed out at Eurovision

In 2016, Ukrainian singer Jamala won the Eurovision song contest with her song “1944” about the deportation of Crimean Tatars under the rule of Stalin.

The pro-Kremlin media interpreted the results of the contest as Europe helping Ukraine steal Russia’s rightful victory. The Gazprom-owned TV station NTV ran a headline calling the contest “Euro-hate”, whereas the Russian tabloid Komsomolskaya Pravda (see above) sought to discredit the winner Jamala, claiming in the headline that “Jamala and her parents don’t shy away from making money in Russia they hate”.

And when Ukraine as the rightful winner was organising the contest next year, pro-Kremlin media followed up by claiming that Ukraine couldn’t afford it, that Kyiv residents would have to cover the costs by paying more for electricity; that the German media was against holding the concert in Kyiv.

The EUvsDisinfo database currently contains over 600 pro-Kremlin disinformation claims about Crimea. This number unfortunately is likely to increase: in the past weeks we continued to come across claims that the illegal annexation never happened and even that Crimea has never been Ukraine. But despite the best efforts of the Kremlin’s propagandists, a fact remains a fact: Crimea is Ukraine.