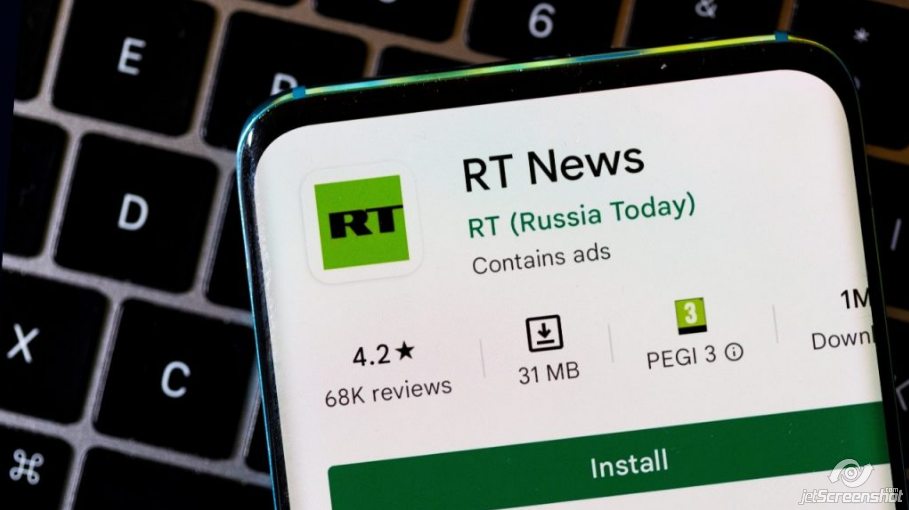 By Zviad Adzinbaia, for CEPA

Russia’s failed invasion of Ukraine can pave the way to ending the Kremlin’s weaponized disinformation against the West.

It’s now evident that Putin assumed his full-scale military attack on Ukraine would be predictably easy – and that he could follow the strategy he had used when it invaded NATO-aspirant Georgia in 2008. The Kremlin experimented with a trident strategy of information cyber and kinetic warfare against Georgia.

As in Ukraine, Russia began with cyber-enabled attacks, deployed its state-controlled media to curate a pre-invasion narrative, and then launched military action. With the world distracted by the 2008 Beijing Olympics, the Kremlin exploited an information vacuum and sold the world an invented narrative that “Georgia launched a genocide against ethnic minorities in its own Tskhinvali Region. Moscow came to aid the South Ossetians.”

Fourteen years later, the Kremlin calculated that the 2022 Beijing Olympics and a COVID-19-distracted world would turn a blind eye to its adventure in Ukraine, creating a pretext with a story similar to that in 2008 that Ukrainians were committing genocide against their civilians and that Russia was duty-bound to step in and defend them.

This time, however, Russia’s cyber and information campaigns did not reinforce its air, sea, and land capabilities.

While Western resolve and response to the aggression in 2008 Georgia were weak and accommodating to Russian interests, the White House employed highly proactive communication in Ukraine and released unprecedented amounts of intelligence material chronicling Russian plans and illuminating its military build-up. The US and European allies exposed the Kremlin’s intent in Ukraine, marshaled support, crafted sanctions, and prepared for united and resolute action. Tech giants like Microsoft’s Threat Intelligence Center (MSTIC) provided real-time assistance to defend against Russian cyber-enabled attacks.

Crucially, the Ukrainian story appeals to global audiences. The behavior of Russian forces has been documented by the media, for whom this is the biggest European news story for many years. It has been hard for the Kremlin and its agents to argue that it is not an invader and let alone committing “unspeakable” atrocities.

At the core of Ukrainian messaging are the remarkable leadership and communication skills of President Volodymyr Zelenskyy and his team. Ukraine’s newly created Digital Transformation Ministry, led by a young and dynamic Mykhailo Fedorov, employed digital diplomacy in driving support for Ukraine and sanctions against Russia.

A single testament to Fedorov’s effectiveness is a Tweet exchange with Elon Musk that led to Ukraine receiving a strategic Starlink internet technology in the middle of Russia’s indiscriminate initial offensive. The systems, which provide broadband connections, are said to have proved invaluable.

Recognizing information and cyber as critical areas of warfare, Fedorov’s Ministry inspired a Ukrainian IT Army, where local and international volunteer civilians strive to outsmart Russia’s war machine with laptops. The army says there are nearly 300,000 members on the Telegram Channel alone.

Where do we go now?

Proactive allied measures, including comprehensive sanctions and restrictions, have weakened the Russian disinformation machine. Western and partner governments and the private sector need to ban all key Russian accounts from major digital and media platforms. The Russian government has banned its citizens from consuming Western-based social media platforms. At the same time, that government continues to use the same platforms that it denies its own people to justify its invasion of Ukraine and position itself as a legitimate partner in democratic discussion.

It is legitimate and fair to permanently delete the accounts owned by the Russian government, lawmakers, affiliated media, and influencers. These individuals and entities actively violate rules like Facebook’s Community Standards, but they also continue to exploit the notion of free speech.

While Sputnik and RT have been banned or restricted in most European countries, RT’s subsidiary Ruptly, which provides video materials for TV stations worldwide, enjoys a social media presence, including on Facebook. YouTube has already blocked Ruptly, and other technology and social media companies could follow suit.

The US and European governments should urge all Western allies and partners, like Georgia and Moldova, to take similar steps, so that Russian disinformation networks cannot launch campaigns from the partner countries.

With Russian oligarchs — some of them significant funders of disinformation efforts — heavily sanctioned in the West, the Kremlin’s media machine banned, and social networks no longer serving as enablers to the Russian narratives, the Kremlin’s disinformation will find it much harder to prosper.

Russia would continue to sell disinformation, malinformation, and propaganda to its citizens at home, but that is ultimately a matter for the Russian people to decide — should they conform, or decide to break free from the regime?

By Zviad Adzinbaia, for CEPA

Zviad Adzinbaia is an International Security and Digital Diplomacy Fellow at The Fletcher School, Tufts University. A Georgian national, he is a Founder and Head of the Digital Diplomacy Task Force, a recently launched pro-bono international initiative to support Ukraine’s efforts to fight Russian disinformation.