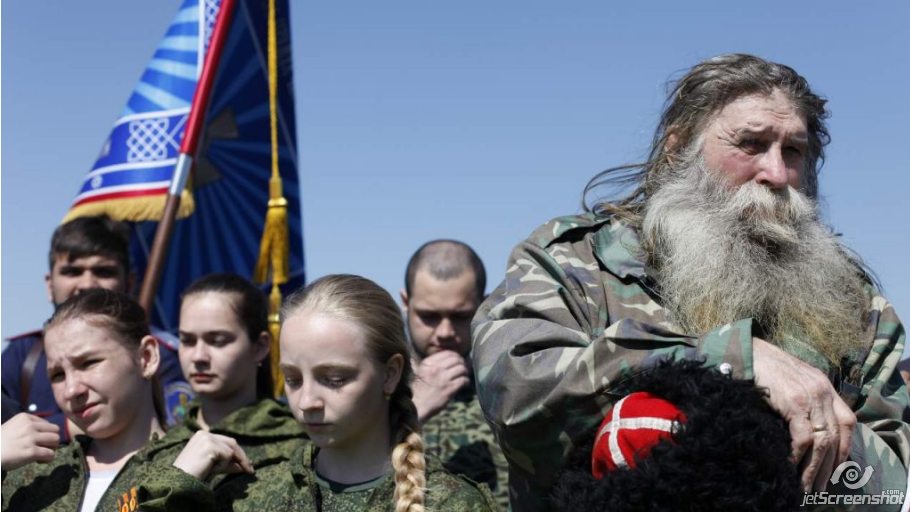 Russia says its invasion of Ukraine is “a war against Western neo-colonialism,” a theme developed to attract Asian and other states to an imperialist endeavor.

The Kremlin has energetically worked to cooperate with Asian and Middle Eastern countries in recent years to counterbalance worsening relations with the West and to develop markets for its exports of “ technical sovereignty and security” and historical grievance.

In addition, the Kremlin hopes that increasingly prosperous Asian states will actively assist in its dismantling of what it sees as a Western-dominated world order, after which Russia’s actions would be indistinguishable against a background of other non-systemic authoritarian players (step forward China.)

Vladimir Putin took a significant step toward a new world disorder with his latest and biggest Ukraine invasion on February 24, but he has had little success in mustering support since then. Nonetheless, the Kremlin has more energetically begun to seek the support of non-Western countries, not only to evade and soften the impact of sanctions, but also to construct a global anti-Western coalition. In the same month as the invasion, the Valday Discussion Club — a Putin brainchild that rather grandiloquently declares its role as “dialogue with the international intellectual elite” —prepared a report on Russia’s new strategy in the Middle East.

The plans of the Kremlin experts include the construction of a “Greater Eurasia”, as well as the deepening of relations with Saudi Arabia, Israel, Singapore, and other developed countries, which would help provide a “technological leap” for Russia. The Kremlin, in alliance with China, is also mounting initiatives to expand the BRICS group of five developing economies and the Shanghai Cooperation Organisation (SCO) — a Chinese forum, including Russia, which works for a ”democratic, fair and rational new international political and economic order” — including the possible creation of a common bank and an alternative currency as a mechanism to avoid Western sanctions.

“Turn to the East” has been one of the most popular theses in the Russian media for several months now. Kremlin propagandists explain that “the West is literally rotting,” and only Eastern civilization has a future.

At the same time, Russia does not conceal the fact that they exacerbate anti-American sentiment among their allies, playing on a colonial past that did not generally involve the United States. In particular, in India, they point out that American “attempts to preach morality are perceived by Indian elites and the masses quite painfully, seeing in them a reflection of the post-colonial arrogance characteristic of Western countries.”

Perhaps, they hope, the friendly relations accumulated in Soviet times can be used to circumvent sanctions in the present. “India has every chance of becoming a transit point for investments and Western goods going to Russia, and a market for Russian goods,” the Valday experts argue.

It is not easy for any country to argue that the decision to invade a neighbor is an act of anti-imperial struggle, but Russia’s spokespeople have anyway argued that the war is part of its struggle against the “yoke” that the US has imposed on Russia.

This theory of “colonial dependence” was actively exploited by its creator, the former spy Andrey Besrukoviy, and later by other Russian propagandists to justify an unprovoked act of aggression as “a war for independence.” This was repeated recently by Russian Foreign Minister Sergey Lavrov, who declared that “Russia’s military operation in Ukraine contributes to liberating the world from the neo-colonial oppression of the West.”

Similar themes are employed for the patriotic mobilization of Russian society, as well as to win the sympathy of post-colonial countries. In parallel with this, there is an attempt to convince Asian and other partners that the current policies of the US and the West as a whole present a rebirth of colonialism and a continuation of the “exploitation of Third World countries.”

“Following the collapse of the colonial empires, the era of colonialism did not end. It only took on a more sophisticated form,” according to the website, Sciencepop.ru.

Following the beginning of the full-scale war in Ukraine, the experts of the Russian International Affairs Council began to develop the same agenda concerning their own country, calling the sanctions imposed on Russia “approbation of the mechanism of global neo-colonialism under the auspices of the United States.

“The essence of the relationship between the colony and the mother country does not change under global neo-colonialism. The neo-colonies will be deprived of the possibility of making independent political decisions arising from their national sovereignty and self-determination”, it said.

The campaign seeks to take Kremlin grievances and make them universal. Thus the pro-regime website Vz.ru responded with some anger to the suggestion that seized Russian assets may be used to fund Ukraine’s military defenses. The West may also “take away” the savings of other countries, as it had with Russia’s gold and foreign exchange reserves, it warned.

There are ways to counter these arguments, which appear to have some effect in former colonial countries. Strange as it may seem, the former Soviet colonies of Central and Eastern Europe (CEE) have the most potential. The idea of “Russia’s colonial dependence on the West” is illusory, and has been repeatedly refuted even by Russian experts, while the post-Soviet republics have real experience in combating colonial dependence on Russia.

I have lectured on Russian propaganda at an Indian foundation specializing in geopolitical studies, and know from experience how important and understandable were the arguments about Russian imperial revanchism and attempts to re-enslave its former colonies. This fund also actively interacted with experts from Ukraine, Belarus, Tajikistan, and other post-Soviet countries, finding a common language with them.

It is possible that the West has not fully understood the possibilities of engaging specialists from CEE states and the Caucasus for collaboration, with the countries of the Pacific region and the Middle East. These people can speak from personal experience about Russian neo-colonialism. Moreover, it is important to underscore that the very language of the Russian authorities contains an unambiguous threat to its supposed new allies.

To fully understand what Sergey Lavrov means when he speaks about “freeing the world from the neo-colonial oppression of the West,” it suffices to take a look at the territories that the Kremlin today calls “liberated” — the once-thriving communities of Mariupol, Volnovakha, and other Ukrainian towns and villages are a lesson.

They should serve as a clear warning to those countries targeted by Russia, a regime whose definition of liberation is pulverizing non-compliant civilizations.