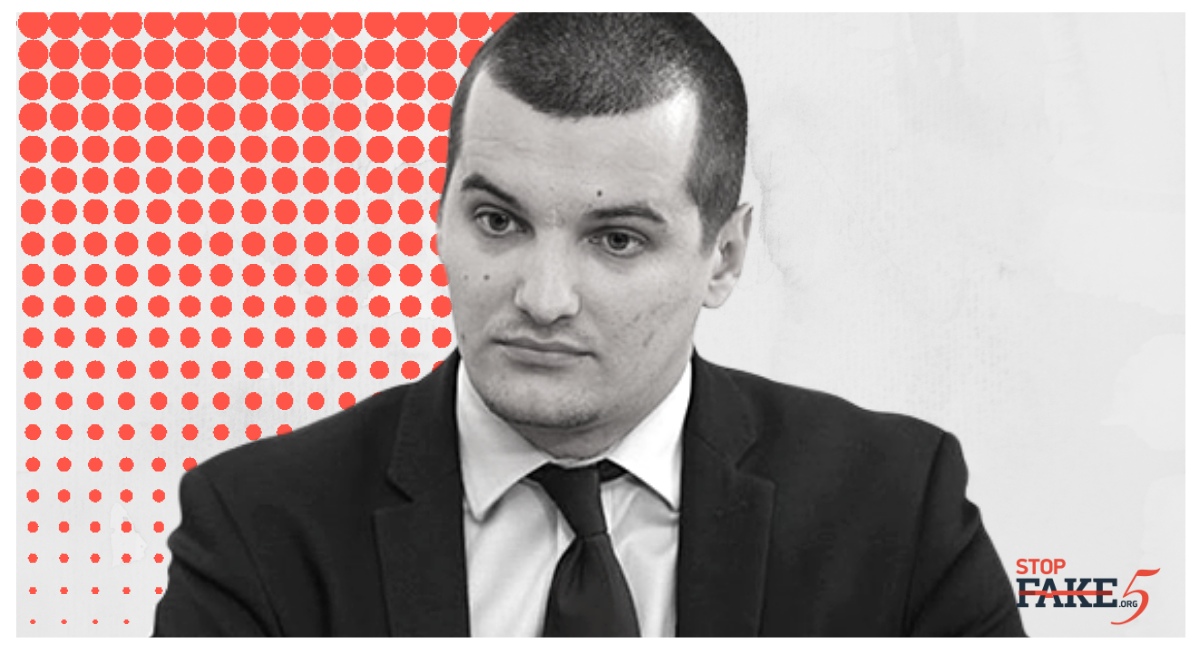 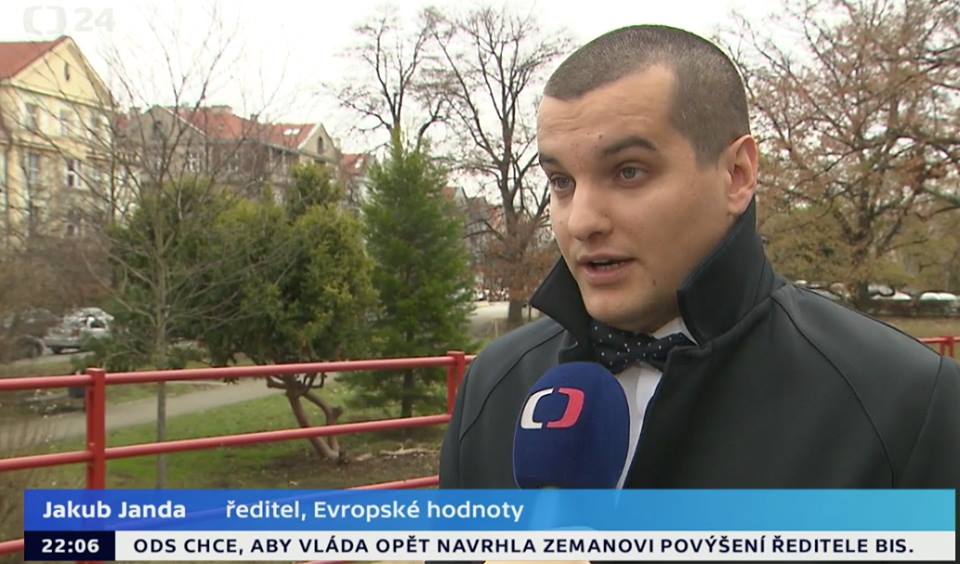 StopFake talked to Jakub Janda,  Head of the Kremlin Watch Program and Director at the European Values Think-Tank, about the current trends of Russian disinformation in Europe, contemporary challenges and the role of governments, journalists, and civil society in denouncing disinformation.

How would you evaluate StopFake’s performance during the last 5 years? Do you think it was a necessary and ready initiative? If yes, in what ways?

StopFake has had a major role in setting up the agenda that Russian disinformation is a major security threat, first of all for Ukraine and secondly for the world outside Ukraine. StopFake has basically shown how to respond to the threat of Russian disinformation and how it should be tackled by exposing not only the threat itself but also by exposing the individual actors who spread those lies. People inside EU institutions would agree that StopFake was a model for the East Stratcom Task Force, the only EU body for countering Russian disinformation. Their objective was to set up a European version of StopFake. Its major role was not only in tackling fakes but also in setting an example for others.

Do you think our efforts were effective in Europe and elsewhere in the world?

The agenda setting of this issue was a key role for StopFake. It also played a major role in exposing fakes. Until then it was very hard for various policymakers or journalists to touch or understand what Russian disinformation, as a complex security threat, looks like. On the contrary, StopFake has been doing very well in exposing, analyzing, and describing it. This is what played a major role.

Still, what can be improved? What do you think may be changed in our approach?

I think what is actually missing in Europe, but what StopFake has been trying to do, is to set up regional language versions. Some organizations were created in various EU countries, but they are limited in their influence in their individual countries. Something that I think should be improved is to set up StopFake branches in EU countries to make it stronger and more effective.

What can media and journalists do to denounce disinformation? What actions, in your opinion, are necessary?

We should be exposing not only the disinformation samples—fakes, stories, narratives—but also the process of creating them, to expose people and institutions spreading them. It is very well done in Ukraine and Central-Eastern European countries, but it is not done very much in Western Europe. There is a clear gap because the understanding of the strategies is quite limited. This is where we need much more activity.

Why does this gap exist? Why the media had not paid attention to this issue?

It is mainly a question of prioritization. Western European institutions, like media houses, do not consider Russian disinformation to be a major issue for them domestically. Internationally, they do understand it is a major threat, but not very much in national politics. This is what should be enhanced. One of the problems of Western Europe is the limited number of specialists on Russian disinformation, sometimes its only dozen people outside of government institutions. There are not enough people from the specialist community, there is nobody who is pushing this agenda domestically in that country. This is one of the core issues why Russian disinformation there is effective.

What about the Czech Republic? Does the situation differ?

Czech media are having quite a good time in understanding the threat disinformation represents. Russian oriented disinformation is very much tackled by Czech media. So far, they have been quite resilient compared to other Central European countries, for instance, Hungary or Slovakia. It is so far quite good, but there is a problem when the political establishment does not care, or is in a state of ambivalence, or they are not really interested.

What is the role of economic and financial tools?

I think to some extent it is a priority problem. There is quite a lot of Russian financing in many parts of the Western policymaking circles. There is both direct and indirect financing and there are even private deals for individual politicians in the West. That also means they are not so very willing to counter this issue. This is what we can clearly see in countries like France, Germany, and even the UK. This is one of the issues that needs to be exposed. It is not only about disinformation, but it is about capturing elites which Russia and Russian proxies are trying to do in Europe.

What are the key propaganda strategies Russia uses in Europe? Have they changed over the last five years?

One of the main objectives is to break apart the EU. But there are some other objectives as well, for example, to break apart the unity on the sanctions against Russia, or to create favorable conditions for pro-Kremlin politicians. There is an attempt at “elite capture” and the rest is disinformation targeting internal political issues in these countries.

It has not changed much, because those countries have not been responding well to the massive disinformation targeting of the migration issue, or anti-Americanism, which is very much present in France or Germany. Therefore, I do not see any big changes in their tactics, it is more about amplifying what they have at the moment, creating many versions of “truth,” which could be believed by domestic actors. Those tactics have not really developed. Most European countries are not defending themselves almost at all. It is like a free and open shooting place.

How has disinformation influenced your country?

What is the real impact of Russian propaganda in Europe, and in the regions, you have been recently studying, first of all in the Balkans?

Russia sees the Serbs as a main partner in the region, but it also sees how Montenegro got to NATO as a major geopolitical failure of Russian policy. For this reason, Russia exerts pressure against Macedonia and its potential integration into NATO and the EU. Russia’s strategic objective in the Balkans is to prevent Western Balkans’ integration into the EU and NATO in the future. It is clearly its main objective and Russia is trying to prevent it and sabotage the process.

What countries are the most susceptible to Russian propaganda in Europe?

Firstly, countries in the South—Greece, Italy, and Cyprus—do not understand the threat almost at all. Countries in Western Europe such as, for example, France or Germany are very vulnerable to various disinformation narratives, because the political mainstream is very vulnerable and does not resist. In countries like Hungary, Slovakia, and Austria we can see a lot of Russian narratives even within the media and political parties.

What are the reasons behind not understanding the threat?

They do not consider it a priority because there was limited advocacy and persuasion. There has been a very limited effort for persuading or lobbying those issues in Western Europe. The situation is aggravated by various Russian interest actors, geopolitical and economic influence projects, which helped to coop, for instance, the German political establishment into the Russian geopolitical orbit.

What is the role of social networks in spreading disinformation in Europe?

What we see in Central Europe is that there are a lot of domestic proxies spreading pro-Russian messaging on Facebook, because it is the main tool for social and political communication in the region.

What actions should international organizations and governments take to stop Kremlin’s hostile influences?

I think mainly to expose the issue which is, for example, what the East Stratcom Task Force has been trying to do, but there was political sabotage. The other thing is to fund more research on activities that massively expose the issue, like what StopFake is doing, as well as other organizations in Europe. This is what they should be doing more of. But they are doing it via a limited scope at this moment because there is not enough political will to support it. Key EU nations are not willing to support such activities. The countries willing to tackle the threat are located mainly in Central and Eastern Europe and they are smaller nations and simultaneously beneficiaries of the EU budget. They are not in a strong position to push the agenda.

What is the role of civil society?

Civil society has to advocate the threat in their countries, to take it very seriously and address it publicly. Those institutions can play a vital role in responding to disinformation. In larger nations, the main work should be in advocating and explaining the threat towards political leadership. That is what I believe is pretty much lacking in Germany or Spain.

In general, we could work on a political acknowledgment of the threat, because what we see in countries like Ukraine or Lithuania, which are resisting, the main question is how the local establishment sees it as a threat and tries to do something about it. It has to be unacceptable to appease or co-opt various Russian narratives.