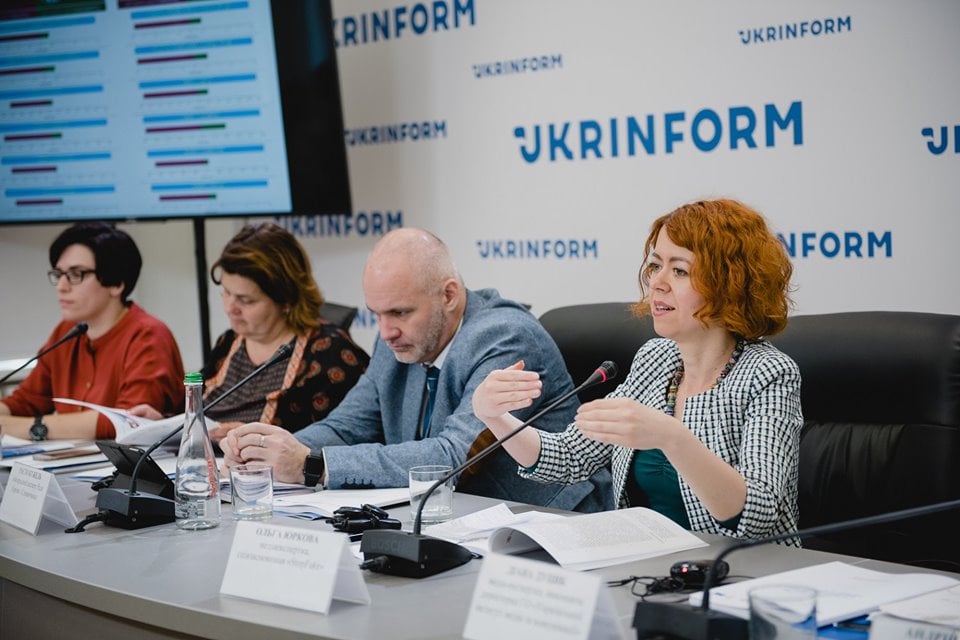 On May 20, 2019, the coalition of civic organizations “Ukrainian Commission on Journalism Ethics”, “Human Rights Platform”, “Ukrainian Media and Communications Institute”, and StopFake, with the support of Council of Europe projects, held a final press conference on the results of the independent monitoring of media coverage of the presidential race in Ukraine.

Monitoring of Media Coverage of the Presidential Election Campaign in Ukraine: RECOMMENDATIONS

In general, during the presidential elections of 2019, Ukrainian voters were in a supersaturated information field due to the increasing number and variety of communication channels that were not used in previous election campaigns. Social media (Facebook, Instagram, YouTube), various messengers added to the traditional media (television, press and online publications), and the rising weight of opinion leaders and bloggers who used new media to promote their own political views and, consequently, support one or another candidate.

Despite the diverse media environment, the media remained under the powerful influence of their owners and openly demonstrated preferences to specific candidates and political actors throughout the election campaign.

Social networks have become a new challenge during the election campaign. They had an active influence on its course, while emphasizing the show component of the race, and the substantive discussions were lost behind it. Such content was popular for the audience on Facebook pages of the traditional media. This situation requires new decisions, including on the coverage of the electoral process.

“Media should raise the level of knowledge of journalists not only in the area of ​​electoral issues, but also on how social media work, in particular in election campaigns, as well as how propaganda and external information influences work,” said Olga Yurkova, media expert, co-founder of StopFake. – On the other hand, it is worth devoting a part of the media content to this issue, using modern formats that are in demand by the target audience. Such education will allow the audience to be more likely to make an informed choice and resist manipulation.”

Subjects of the electoral process and opinion leaders, who understand their influence and responsibility, should pay more attention to significant discussions in social networks on important issues of the country’s development. This would contribute to raising the level of public debate in the country and strengthening democracy.

“Such discussions were not enough during the election campaign, especially during the second round, where the emotional component dominated,” added Olga Yurkova.

Elena Lytvynenko, Vice-President of the Council of Europe Office in Ukraine, noted among the smooth and effective work of the coalition of civic organizations and the cooperation of the coalition with the National Council of Ukraine on Television and Radio Broadcasting.

“It is worth noting the fruitful work of the Ukrainian Commission on Journalism Ethics, which responded to possible violations of the Code of Ethics of the Ukrainian journalist revealed during the monitoring process. They considered complaints and made 17 decisions. In addition, the Commission has developed a Guide for journalists and editorial offices “Coverage of Elections in Ukraine”, – noted Elena Lytvynenko.

“Media monitoring is an effective tool to hold accountable those who should be the controller and the observer. That is why I welcome the initiative of public monitoring organizations, whose main goal was to inform the public about media behavior during elections, start discussions on objectivity and quality of media reports, and promote their adherence to international standards, disseminate best practices on freedom of speech and media independence, – said Rasto Kuzhel, Council of Europe’s international expert. – I hope that the recommendations included in the final report will be useful for efforts to improve the situation before the next election.”

“These elections were held in the conditions of the existing oligarchic media system, the absence of a strong Public Broadcaster and the growing role of new media, in particular social networks. Compared to previous campaigns, the number of information channels, which cover political processes in the country around the clock, has increased. This campaign was characterized by an unprecedentedly large number of political talk shows and electoral marathons. In general, the information field was oversaturated. But I do not think that this is a positive trend, since it was very difficult for the voter to navigate in such an avalanche of information,” – said Diana Dutsyk, media expert, executive director of the Ukrainian Media and Communications Institute.

Media monitoring coordinator Elyzaveta Kuzmenko noted that the media prefer the voices and faces of men, despite changes in society and the growing contribution of women in the media sphere. According to the monitoring data, men were given incomparably longer time compared to women on national television channels – 85% of prime time, while women had only 15%. Monitoring data also confirms the tendency to talk about women, rather than giving them to talk.

“On the one hand, some journalists have become sensitive to gender equality. On the other hand, it was non-systemic and personal. This is due to the lack of editorial policies and prescribed editorial standards for responding to sexism and gender parity in the media,” – Elyzaveta Kuzmenko said.

Chairman of the Ukrainian Commission on Journalism Ethics, Andriy Kulykov, drew attention to the importance of observing standards by journalists:

“The way people talking about elections in the mass media directly affects how those who vote (or do not vote) behave during elections, and therefore determines our overall future life. We should be not indifferent to our work – this non-indifference should consist in the performance of professional duties according to professional standards. We will need the experience gained during this monitoring no later than this fall – there will be the parliamentary elections. Of course, I want to see that there is no need for monitoring, because everything would be clean and spotless. But in order to be so in the end, monitoring is needed,” – he concluded.

Monitoring was carried out by a coalition of public organizations – Ukrainian Commission on Journalism Ethics, Human Rights Platform, Ukrainian Media and Communications Institute and StopFake with the support of the Council of Europe projects “Supporting transparency, inclusiveness and integrity of electoral practice in Ukraine” and “Strengthening freedom of media, access to information and reinforcing public broadcasting system in Ukraine”, which are implemented within the framework of the Council of Europe Action Plan for Ukraine 2018-2021. Data for the media monitoring was collected by 15 independent specialists who worked full-time at least 5 days a week.

The monitoring team plans to continue monitoring the media during the parliamentary election campaign in order to determine whether the above trends will change during the elections to the Verkhovna Rada of Ukraine.