EU agreed to sanction Russia over the poisoning of Navalny and Lukashenko over the contested election.

A Ukrainian, a Russian and a Czech meet and discuss why they were imprisoned in a Soviet camp.

The Ukrainian says: I came to work 5 minutes late and they accused me of sabotage.

The Russian responds: I came to work 5 minutes early and they accused me of espionage.

The Czech sighs: I came to work on time and they accused me of buying a Western watch.

Last week a joint statement was issued by the Foreign Ministers of France and Germany regarding the case of Alexei’s Navalny poisoning. Both states’ representatives championed the idea of imposing EU sanctions against Russia’s involvement in the poisoning incident. The UK also announced that it sides with Germany and France over this statement. Eventually, the sanctions proposal has bee reviewed by the EU foreign ministers this Monday.

The proposed sanction package is aimed to target individuals considered to be responsible for the crime and violation of international norms, alongside the institutions which were engaged with the development of the Novichok program. Additionally, the Bloc agreed to add Lukashenko to the sanctions list, who was not included the previous week.

The initiative came right after the release of investigation results conducted by the UN’s chemical weapons watchdog OPCW which confirmed that Russian oppositional leader was poisoned with a Novichok nerve agent, which was banned in 2019 and, therefore this constitutes a breach of the legal norms.

The critics also lament that the package of sanctions might have a little impact on Russia, and unlikely contain Russia and prevent its future application of chemical weapons. Nonetheless, the sanctions regime as an instrument of deterrence against Russia’s assertive activities should remain in the heart of Western policy-making response as the utmost importance, and approach to this tool requires bolder and action-oriented steps from the Western coalition. West should stand up to Russian aggression and its violation of human rights, and hold Moscow accountable for these malign activities. EU’s abdication of responsibilities to uphold and protect Western values will only imperil those, multiply existing security threats and result in dysfunctional democracy.

While the EU members witness gradually growing number of Nord Stream 2 opponents, yet those failing on the penalties matter,  Poland has translated its concerns over Moscow’s dominance in European energy sector into tough actions, and issued the world’s largest competition fine for a Russian giant Gazprom.

Poland’s Office of Competition and Consumer Protection (UOKiK) imposed penal fines over Gazprom for building the pipeline without securing Warsaw’s approval. Five European energy companies were also hit by the fines. Gazprom stated that they do not observe any grounds for legal violations, and will appeal against the fine.

The anti-monopoly watchdog concluded that Kremlin’s energy project is not compliant with the competition rules, and therefore this unfairly reinforces Poland’s dependency on a single supplier, causing the implications for the country’s economy. As the president of the UOKiK noted, “It is astounding that Western corporations fail to understand that and participate in an undertaking that not only disturbs competition on the market but also poses a threat to Europe’s energy security”. Two years ago Brussels was criticised for its inaction towards Russia-owned gas group’s dominance across central Europe and the Baltic region.

Earlier a joint open letter regarding halting the Nord Stream II pipeline was addressed to German Chancellor Angel Merkel on behalf of diplomats, military and intelligence officials and experts. Prague-based European Values Center for Security Policy has contributed to the development and release of the joint letter to call out the German government and highlight the inevitable risk of the pipeline for transatlantic security.

Although Warsaw’s decision deemed to be driven by purely political motives, that also was not agreed with Brussels, this is a great example of how toleration of Nord Stream 2 can no longer be justified, while Russia can no longer be treated with the approach ‘one day we slap it with sanctions and court, it is a business partner the next’.

The Department of Homeland Security’s first-ever “Homeland Threat Assessment,” a “comprehensive report designed to educate the public on the largest threats facing the country,” has highlighted major threats posed by China and Russia as key security risks. The report states that China “already poses a high cyber-espionage threat to the Homeland and Beijing’s cyber-attack capabilities will grow.” The report identifies Russian efforts to sway American voters and denigrate former Vice President Joe Biden. The report also identified white supremacists as posing the “most persistent and lethal threat” of all domestic violent extremist groups and warned that “ideologically motivated lone offenders and small groups will pose the greatest terrorist threat to the Homeland, with Domestic Violent Extremists presenting the most persistent and lethal threat.”

Democratic Congressman Steve Cohen and Republic Congressman Joe Wilson  have introduced the Holding Russia Accountable for Malign Activities Act “in response to the poisoning of Russian opposition leader Alexei Navalny and other crimes against political opponents of Russian President Vladimir Putin.” The act would require the President to make a report to Congress of Russian officials connected to the Navalny poisoning, require a report on the personal wealth of Vladimir Putin and his family members including an assessment of investments, bank accounts, and relevant beneficial ownership information, and establish a sense of Congress that the Secretary of State should urge the Government of Germany to withdraw its support for the Nord Stream 2 gas pipeline from the Russian Federation.

In a statement released late on Wednesday, the Justice Department announced that U.S. prosecutors have seized a network of 92 web domains believed to be used by Iran’s Revolutionary Guard Corps to spread political disinformation. The investigation was the result of the efforts of the FBI in collaboration with Google, Facebook and Twitter in an attempt by American authorities to curtail disinformation ahead of the presidential election.

The growing friendship between Russia and China

In 2018 China Media Group (CMG) signed an international strategic cooperation agreement with Russia Today news agency. According to the agreement, the media agencies would cooperate on the news exchange and promote each other’s reports. In practice, according to Meduza.io, it enabled Beijing to push propaganda through the Russian state media. The main topics are usually the development of China/Russia relations, cultural events, or information about China in general, often containing “denial of western speculations.”

Even though they do not contain any specific reference to CMG, some of the latest stories of the Russian state newspaper, Rossiyskaya Gazeta (RG.ru) are part of the “Russia-China: Events and Commentary” special project. Several draw a bright future of the Russian/Chinese cooperation in multiple spheres.

Some of the latest stories from the project argue that the development of the Chinese economy will greatly support the neighbouring countries in Asia. Besides, “almost 70 UN member states supported China” in the recent debate of the Third Committee of the UN General Assembly, on the fact that the one-sided American sanctions gravely violate the human rights.

There are, however, numerous articles that contain no specific relation to CMG or other unique cooperation in the news coverage between the two countries, while providing a very important insight into the current narratives of Kremlin about China.

RIA News consider different perspectives on the current China/US relations. On the one hand, the focus is on the recent “undisguised sea military provocation” with an American destroyer John S. McCain in the South China Sea, which is considered one of the elements of the anti-China strategy of Washington. On the other, the US military manoeuvres “are already preparing to bomb China,” while Mike Pompeo is working on creating the “Asian NATO” (or “The Quad”), calling China “the biggest threat for the region” during a meeting in Tokyo, and consolidating more power to face the Chinese “challenge to the American hegemony.”

In an interview with the Ambassador of China to Russia, Zhang Hanhui, the journalist from Izvestia.ru, came to the conclusion that “China is not a provocateur and not an expansionist state.” At the same time, the article claims that the pandemic was barely harmful to the Russian-Chinese trade relations, and Russia remains a “reliable ally.” Moreover, Beijing is not planning to react to the American promotion of “the Chinese threat” narrative, or polarization of the relations between the two states, but will instead continue to commit to multilateralism without imposing sanctions or political pressures.

Finally, last month RBC.ru underlined that the Chinese minister of foreign affairs Wang Yi called the friendship with Russia “solid as a rock” and that could not be affected by any external actors. 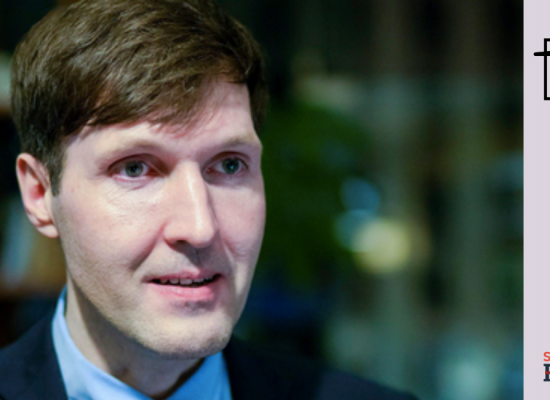 Fake: Estonians Poised to Become a Minority in Estonia due to Ukrainian Immigrant Influx 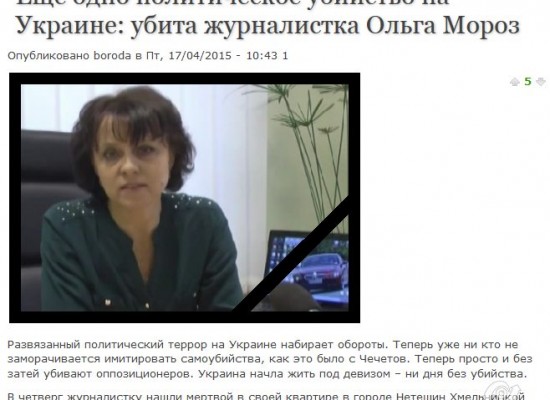 Journalist’s Murder a Month Ago Sensationally Portrayed as More Recent 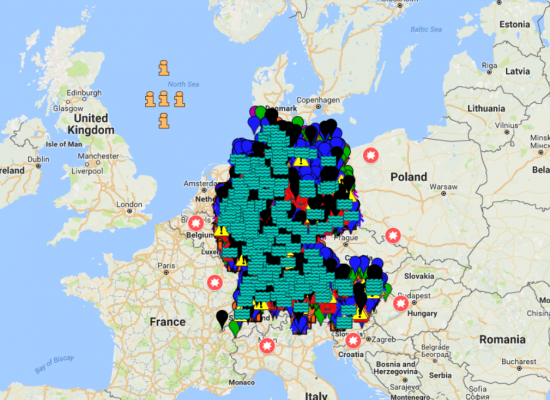 The future of fake news? 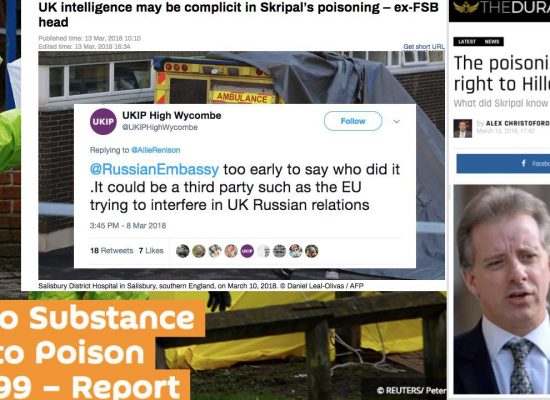 Skripal Poisoning: If Not Russia, Then…:The many theories of who used a Russian nerve agent in England 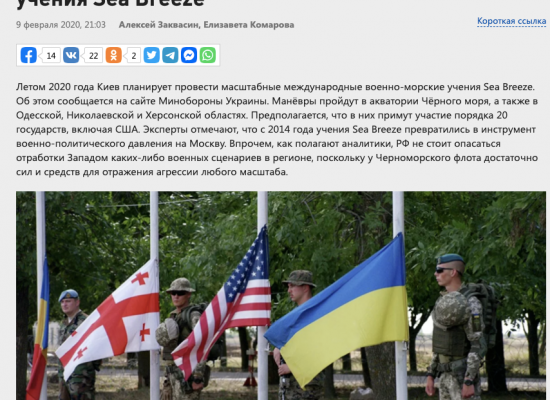 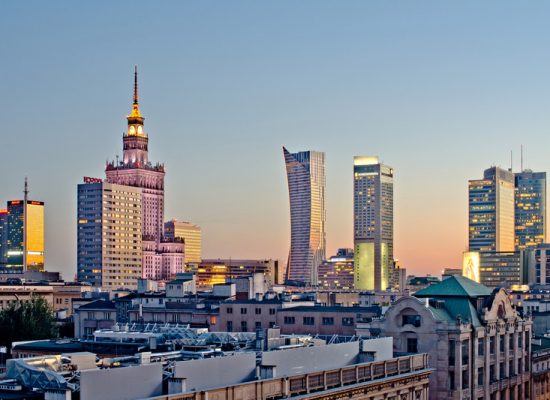