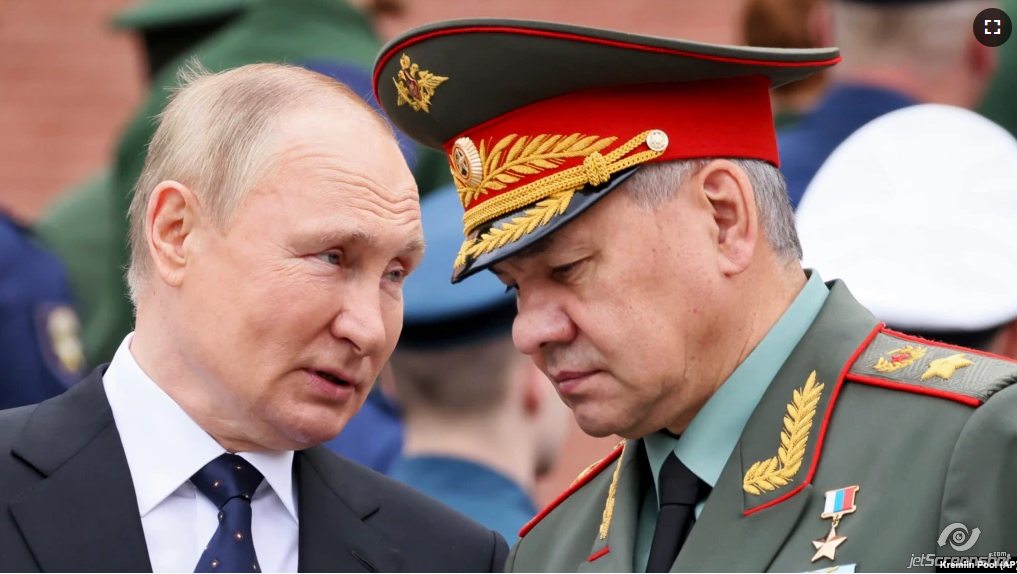 On June 18, Lithuania blocked the transit by rail of sanctioned goods between Kaliningrad Oblast and the rest of Russia , a step that Russian propaganda immediately claimed could be a harbinger of a larger war in Europe involving Moscow and the North Atlantic Treaty Organization (NATO) (Regnum, June 23; see EDM, June 21).

Most propagandists assert that Lithuania’s actions were not Vilnius’s own initiative but resulted from the “anti-Russian strategy” of the United States, the goal of which, according to them, is the “expansion and deepening of the front, converting it from a Russian-Ukrainian war into a Russian-European war.” According to this narrative, the war’s objective is the debilitation of Russia, to which Moscow must react: failing to do so could give the West an opportunity to create “an impression of the Kremlin’s helplessness and its inability to respond to the current challenge” (Ukraina.ru, June 23).

Such themes give rise to certain concerns since comparable narratives were actively used by Kremlin propagandists on the eve of the full-scale re-invasion of Ukraine four months ago. Yet Russian actions are defined mostly not by the foreign policy environment but by the domestic political needs of the government, such as maintaining President Vladimir Putin’s approval rating, allowing his regime to hold onto power, and mobilizing the population. Against this background, the increase in anti-Western rhetoric and the idea of conflict with NATO are advantageous to the Russian authorities.

Back in May, pro-Kremlin philosopher Aleksandr Dugin contended that “war with the West explains and justifies everything for the [Russian] people,” and it creates an “inexhaustible resource” for continuing and legitimizing the war (T.me/russica2, May 15). Analysis of focus groups conducted by sociologists loyal to the Putin regime confirm that Dugin was right. According to their findings, “The thesis that Russia has entered into a confrontation with the entire West in order to change the current world order… finds the maximum support of citizens and provokes patriotic sentiments.” The survey’s authors also emphasize that, despite the demand for a speedy completion of the “special military operation” that has existed since the first days of the war, society has already changed its opinion and is “mentally prepared for a long confrontation” (Tlgrm.ru/@russica2, May 31).

Independent sociologists confirm this conclusion. According to the latest surveys of the Levada Center, 77 percent of those polled support the so-called “special military operation” in Ukraine, and 73 percent think it is going well (Levada.ru, June 2). Thus, an extended war is convenient at this time for Putin as an ideal means to force society “to consolidate around the national leader,” despite sanctions having already begun to hurt the Russian economy (see EDM, June 27).

The “patriotic mobilization of the people” helps the Kremlin resolve a number of problems. As noted by sociologist Alexei Levinson, the Russian authorities expect that, against the backdrop of a possible global confrontation, the population will agree to “be patient” and live in poverty, while those who refuse to endure such hardships will mostly go abroad (Meduza, June 10). Ukrainian commentators add that the standard of living of most Russians is so low that they do not feel the consequences of sanctions since they previously could not afford many of the now-sanctioned goods anyway (NV.ua, May 31). However, with the outbreak of full-scale war, the population was given an ideological justification for its poverty.

Another beneficial factor for the Kremlin is many Russians’ support for the war, although the conflict’s causes and goals are routinely voiced by officials and propagandists in contradictory ways. Even pro-Kremlin sociologists do not hide the fact that the participants of the aforementioned focus groups did not understand the goal of the “special operation.” Nevertheless, they believe that the operation must be seen through to its end (Tlgrm.ru/@russica2, June 9).

Among the benefits of a prolonged war to the Kremlin may be the outbreak of intra-elite struggles, which commonly result in public calls for repressions of economic and financial functionaries in the Russian government. Supporters of the power bloc are calling for the creation of a “mobilization economy” emblematic of the Soviet-style planned economy, and labeling adherents of the current economic model “Western lobbyists and saboteurs” who need to be eradicated (YouTube, June 16).

Among the pragmatic goals of the war are the colossal prospects for corruption in the restoration of destroyed infrastructure in the occupied regions of Ukraine. Back in May 2022, pro-Kremlin experts estimated the cost of restoring the Donbas, Kherson and Zaporozhye regions at 4.5 trillion rubles ($4.7 billion), which is supposed to be allocated from the National Welfare Fund (T.me/russica2, May 26). Given Russian officials’ experience with corruption (Svoboda.org, May 26, 2013), it is difficult to guess how much of this funding will reach its intended target.

Obviously, recognizing these prospects already in April 2022, government propaganda began to prepare the population for a “long war with the US and NATO in Ukraine” (Ukraina.ru, April 11). According to Alexei Levinson, the Kremlin no longer needs to achieve any specific goals in Ukraine since the country has suffered such widespread damage that it will take years to recover. Nevertheless, the sociologist believes that Moscow can still succeed in the operation, or gradually begin to complete it (Meduza, June 10).

Proceeding from the arguments enumerated above, one may assume that the Kremlin will continue this “sluggish” war so long as the “special operation” ensures the mobilization of Russian society or until the state’s resources run out. At the same time, evidence has begun to emerge that Russians are beginning to connect the idea of security with territorial acquisitions. Survey participants cited “the struggle for fertile land” (Tlgrm.ru/@russica2, June 9) and noted that “we should take this land for ourselves” (YouTube, April 2). This means that the war in Ukraine may be driven by the Russian army’s ability to continue to seize new territories.

As for a possible military clash with NATO, even Kremlin sociologists warn that the Russian people want to avoid a direct military confrontation with the West (T.me/russica2, June 27). However, such an escalation is conceivable due to a combination of two potential factors. The first element would be a sharp decline in Putin’s approval rating due to a deteriorating socio-economic situation or military defeats. The second would be the absence of an adequate response from the West to Russian aggression. As businessman and public figure Leonid Nevzlin notes, Putin sees the West’s weakness and takes advantage of it by planning to expand Moscow’s influence to a level exceeding that of the former Soviet Union. The businessman emphasizes that if the West does not properly respond to Russia’s actions, the transatlantic community will lose this war (Delfi, June 27). Nevzlin’s conclusion is also confirmed by Russian propagandists, who assure that modern Western politicians are “cowards,” and therefore, Russia should take advantage of their weakness (YouTube, June 1).