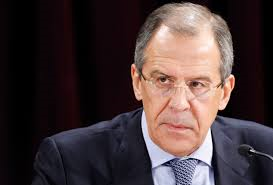 December 16 the Minister of Foreign Affairs of Russia Sergey Lavrov in his interview to the French TV channel France 24, declared that 80 percent of Members of the US Congress had allegedly never left the USA. He said this when commenting on the Ukraine Freedom Support Act, approved by the both houses of the Congress. This document on the first stage of its realization makes it possible to provide lethal weapons to Ukraine and to impose sanctions against Russia.

In particular, Lavrov said the following: “First, the Act has to be signed. Second, if it is signed and enters into force it has to be applied in practice. And we’ll see whether this would be the case, whether this would be signed, and if it is signed, if Obama would be in fact putting some of the provisions into practice, and if he does, then we will assess the situation. But, you know, Congress is a very special group of people, more than 80% of them never left the United States, they live in their own world, so I’m not amazed about this Russophobia which is being demonstrated by the Congress at the moment”.

A Washington Post journalist found out that this statement does not correspond to reality.

From January 1, 2000 till now 453 members of the US Congress traveled out of the country on official business. It became possible to acquire this information from expenditure reports of the Congress members, published on-line by the organization LegiStorm that tracks congressional expenditure, including travel spending.

453 is 84 percent of the current Congress. 13 members traveled to Russia (Moscow, St. Petersburg or Tomsk). The Washington Post investigation does not include vacations and study abroad.

The Ministry of Foreign Affairs of Russia did not reply to the inquiry of Washington Post.