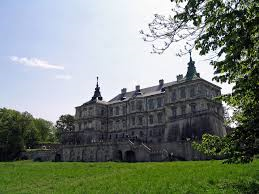 June 7 Russian news agency «RIA Novosti» reported that the process of restitution would be initialised according to the agreement between Ukraine and the EU. Property that changed owners after 1917 may become subject to claims.

«Ukraine is preparing for restitution. According to the agreement with the EU, signed on June 27, Ukrainian legislation has to be adapted to EU laws. Restitution is among the upcoming changes. It is the act of returning the “unlawfully nationalised” property to the rightful owners or their heirs,» — wrote «RIA Novosti».

«Lviv can easily turn into Lemberg. The city had this name till 1918, while it was a part of the Austro-Hungarian Empire,» — claims Svetlana Kalmykova, the author of the article.

All these assumptions are groundless.

Firstly, the agreement between Ukraine and the EU has nothing to do with restitution.

The document does not contain any mentioning of restitution, reclamation, revocation, restitution of rights, nationalisation, nationalised property; these terms are absent in it.

Then, even assuming that the author meant not the document itself, but the EU standards in general, it should be noted that adapting the legislation to EU laws and complete adoption of EU norms are not synonymous. Adapting is approximation of legal norms in certain fields. Thus states the preamble of the EU association agreement, referring to the points mentioned in the agreement.

Adaptation is approximation of Ukrainian legislation and EU laws in not in all, but certain fields «COMMITTED to gradually approximating Ukraine’s legislation with that of the Union along the lines set out in this Agreement and to effectively implementing it,» — reads the agreement preamble.Since the signed agreement is on the cooperation in the economic field, it can not contain anything about restitution.

As for renaming of Lviv into Lemberg, this assumption is based on the speculation that many Europeans will be able to retrieve most of the Austro-Hungarian property and decide to change the names of Ukrainian cities. Since it is still impossible, nobody is going to rename the city in near future.

Fake: Majority of Ukrainians are against the Army and Zelensky’s Donbas War