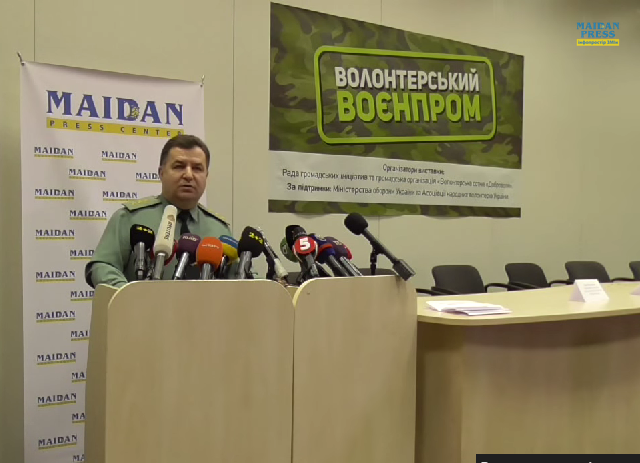 On February 2, 2015, Russia’s LifeNews television channel broke the news that Ukrainian Defense Minister Stepan Poltorak had confirmed the failure of the country’s mobilization efforts and complained that no more than 20% of its recruits are ready to participate in military operation in Donbas.

This is not accurate. What in fact the Defense Minister said was that 20% of the necessary number of mobilized troops wants to go to the front.

It is possible to listen to his speech here:

Here is a literal translation of his words: “A meeting with the governor of the region has just finished. During the meeting we discussed the problems with the mobilization. The percentage of those who wish to go to the front from the necessary number is 20 percent. If you believe that those who are actually at the front will serve two years more – this is mistake. To defend the state and the land – it is a duty of each man. There are also such cases, especially in border areas. This is not a mass phenomenon, but such cases take place: people, who are not patriots of their country, run away abroad.”

It is difficult to figure out if Poltorak was addressing the fact that 20% of the target number of mobilized are volunteers (people who have entered military service without a draft notice, those who wish to be in action) or the fact that 20%  of the target number of mobilized are willing to go to the war immediately. But it is important to stress that LifeNews lies while claiming that, according to Ukrainian military data, military conscription in the country over all has only managed to gather one-fifth of the necessary number of soldiers to continue combat operations in the Donbas.Becuase at the beginning of February, 45,000 Ukrainians passed a medical examination and were sent to the front. And this is more than 75% of the required number, because, according to the Defense Minister, there are plans to mobilize from 50,000 to 60,000 conscripts.