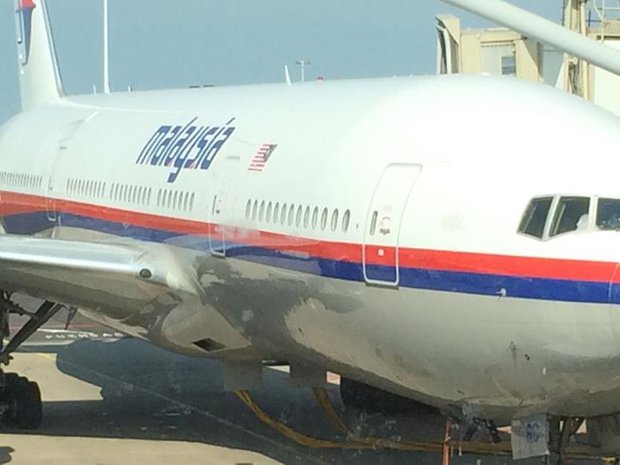 On July, 17 at about 16:20 Kyiv time, a Malaysia Airlines passenger aircraft was downed above the Donetsk region of Ukraine while performing the MH17 flight Amsterdam – Kuala Lumpur. After this tragedy, a number of hypotheses have been put forward, some of which blame the Ukrainian side for what happened. StopFake tried to analyse some of them.

According to some media outlets, the aircraft deviated from the normal route to fly over the war zone. For example, LifeNews writes: “The Malaysian Boeing 777 deviated from the route by tens of kilometres before crashing close to the border between Ukraine and Russia. Several days ago, the same flight Amsterdam – Kuala Lumpur flew over eastern Ukraine down a special air passage for civil aviation.”

In fact, the plane was on the L980 route, which had been until the accident the most popular track for flights between European and Asian countries. One can make sure that aircraft often flew just over this territory by looking at the charts of other flights.

In addition, Malaysia Airlines stressed in its official press release that the selected route had been cleared as safe to fly by relevant organizations. That is part of the appeal of Malaysian Prime Minister Najib Razak published on the website of Malaysian airlines:

Besides, The New York Times says in referral to Eurocontrol and the Federal Aviation Administration that a few hours before the MH17 flight’s take-off, Russia closed more than a dozen air routes at different altitudes:

Vesti.ru wrote: The most important news of the day. Malaysia Airlines stated that the pilots of the Boeing reduced the flight’s altitude before the crash at the request of Ukrainian air traffic dispatchers. It is unclear why Ukraine had requested the crew to do it. As it is unclear why the Ukrainian side had decided to route the Boeing about 300 kilometres to the north from the usual [route] and over the area of intense fighting between the Ukrainian troops and militia. Now the whole world is waiting for an explanation from Kiev. The Ukrainian authorities will achieve nothing by trying to distance themselves from the disaster and by saying that they don’t have anything to do with it. It is Ukraine, as a country over which the Boeing was flying at that moment, which is responsible for what happened.

The route over Ukraine was recognized as safe by international flight safety organizations above 32 thousand feet. Here is what The New York Times says about it:

In addition, other aircraft often flew over this area at an altitude of 33 thousand feet. For example, a KLM flight KL809 Amsterdam – Kuala Lumpur in the night of 15/16 July:

Hypothesis: The aim of the missile was Vladimir Putin’s plane

Russia Today claims, citing the Interfax, that the missile that brought down plane was Ukrainian and its likely target was the plane of Russian President Vladimir Putin. This hypothesis rests on the fact that both planes passed the same point over Warsaw.

Also the news article indicates that both planes had a similar colouring, which can be confused from distance (it does not specify how one can see at all a plane’s paintwork at the height above 10 km).

Let us refute this assertion with a picture: Therefore, StopFake believes that the charges against Ukraine levelled on the basis of the hypotheses presented above are groundless.